There are two kinds of people who review wigs.

The sales websites post reviews from purchasers, satisfied or not.

The dissatisfied people say great things like, I CAN'T BELIEVE THEY SOLD ME THIS MOP IT LOOKS LIKE A COYOTE TAKING A NAP ON MY SKULL.

(These satisfied reviewers also refer to their wigs as "she." "I've had her a year and she doesn't shed at all." I wonder if men do that with their toupees.)

Husbands, I have found, do not like wigs. They prefer to compliment whatever is left of your existing hair (or "biohair," as the people say).

I have made some progress  with Gary's opinions, and I find that first showing him something far worse than the best version of the hair of my youth is helpful.

For example, I showed him a wig I like to call Samara. 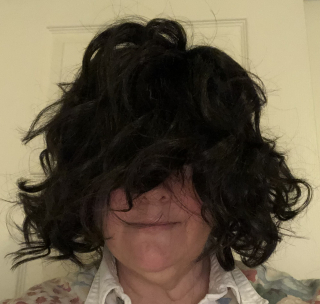 He was aghast. (He also resigned himself to his inevitable death in seven days.)

Then I showed him a lighter version. Still bad, but less awful. 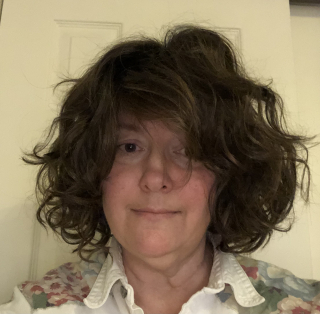 "Oh, that looks better. but still not as good as your real hair."

If I really need to sell him on something I need to set it up with something entirely wrong, like this number that has as many colors as the ball gown from The King and I. 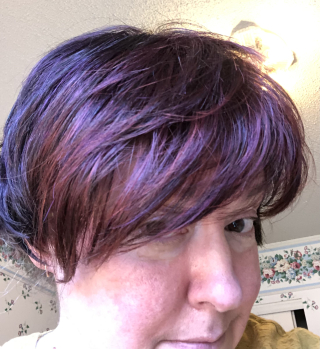 I'll hang on to that until I need something else to look good in contrast.

Posted at 11:19 AM in In Which We Mock Ourselves | Permalink