The first screen grab is from a campaign ad directed against candidate Trudy Busch Valentine,  accusing her of being a proud Queen of the elitist, racist Veiled Prophet organization. I am about as liberal as they come, plus I am somehow tangentially pseudo-related to the man who swung down on the VP Ball and unmasked the VP himself, but I say if your father is an important Saint Louis business executive you are going to be VP Queen of Love and Beauty. You don't get to decline. Because it's not about you. It's about your father. Naming you junior Queen Poobah is small consolation that your brother inherits the seat in the board of the public utility or whatever.

If Auggie Busch of Anheuser-Busch were still alive there is not a politician in Saint Louis who would risk his wrath by showing this ad. Craven! 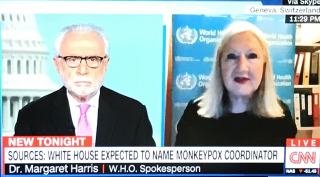