I was in a meeting when someone mentioned that April showers bring May flowers, and of course I responded with,"Whan that Aprill with his shoures soote!"

And then I stopped, because that's all I know of Canterbury Tales, just the "April showers" part written in Middle English.

A co-worker answered, "The droghte of March hath perced to the roote" and then proceeded to rattle of the rest of the entire canto without stopping for breath.

I laughed so hard I wheezed. I have never been so delightfully one-upped.

I mean I assume he was quoting the rest of it, he could be saying some Swedish Chef gibberish and passing it off as Middle English. 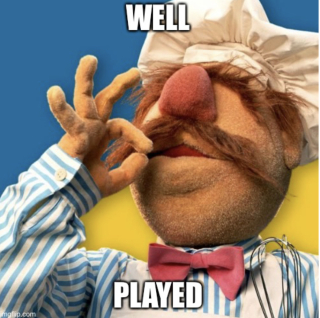 Posted at 08:35 AM in In Which We Mock Our Employers | Permalink

KC - it really did make me laugh.

F-ing Chaucer. Entirely his fault I got a lower level of honours than I deserved. Obligatory paper, hated it, kept forgetting about it, did pass the exam, just, but it dragged down my overall grade. All his fault. Have never, will never forgive or forget. F-ING Chaucer.