Mom Speaks Again From Beyond the Grave

Yesterday I found an old 1950s spiral notebook filled with Mom’s handwriting. It is titled CHI OR DIE, and seems to be an account of a train trip she took to Chicago when she was twenty, along with her sister Dolores and four of Mom’s friends.

This is one of three travel journals I have uncovered in my messy house: Dad’s from the trip to D.C. during the bicentennial, Carleen’s trip to Garden of the Gods and Hollywood, and now Mom’s train trip to Chicago. They have one thing in common: they detail every meal and most prices.

On the train Dolores had hamburger and lettuce and peaches and milk, Carleen had a Hostess cupcake, Mom had peaches and milk and pickles and coffee. Nancy freeloaded off everyone else. Mom then adds, “Thus fortified we hit Chicago singing vociferously, ‘We are Chicago bound, they’ll be no heebie - jeebies hangin’ ‘round.’”

That’s the best part. Mom’s writing at twenty is like my writing at 58. “Thus fortified.” I would write that today.

She continues “next morning at the Hoosier Room on Wabash I had scrambled eggs, 2 slices of toast and butter with strawberry jelly in a little plastic container which was darling and two cups of hot chocolate in a little silver pot. 64 cents.” 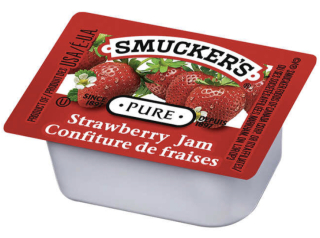 Today that would cost nine dollars and no one thinks the plastic container is darling.

The six went places I know from my trips to Chicago (Navy Pier, Hull House, Buckingham Fountain) , and places that may still exist under another name (Hoboland, the “various foreign sections”). Dolores chastised Mom in Chinatown for stepping out of the line of people rubbing Buddha’s belly and rubbing the “belly” of a large planter pot instead.

They visited the museums, where they “ate in some motley room and everyone had chili, hot dogs, hot watermelon, sour Orangeade and other rubble.”

They were unable to get tickets to see Carol Channing in “Wonderful Town,” so instead they went to a restaurant called Berghoff’s, where they all had roast turkey dinner ($2.25) except for Dolores who had roast goose (price unknown). Clearly they enjoyed it more than they would have enjoyed Carol Channing: they made friends of all the waitstaff, the bus boy offered to give them all a ride to Decatur, and Mom spoke German and French to all. They had a good time as it was “a very classy restaurant.”

(I checked in with Berghoff’s and they survived the pandemic and not only that, they re-opened the restaurant for business on July 12, 2021, they very day I found Mom’s travel journal.)

The details go on. They upgrade to a better room with foam-rubber pillows for $4. They visit North Shore beach where Mom waded in up to the waist of her pedal-pushers. That day ends with a wrong turn and a bad neighborhood and a streetcar driver who was — and I quote — “insolent.”

The next day they take a bus ride to Lincoln Park, where they saw a statue of Goethe, and I wouldn’t mention because it got less detail than her waffle breakfast (again at the Hoosier Room), but I recall that once when Gary and I came back from Chicago and Lincoln Park, she asked if we’d seen the statue of Goethe.

Because that’s the kind of classy German-speaking waist-wading rubble-eating person she was. 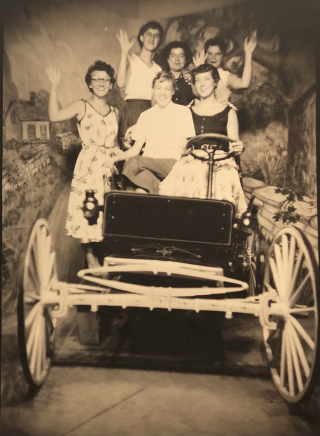 Posted at 08:17 AM in In Which We Mock the Queen Mother | Permalink

That is amaaaaazing. And fabulous! (and I thought the little plastic containers were darling the first time or two I saw them, but yes, not so much now...)

KC - I couldn’t find a vintage photo of one. Perhaps they’ve been using the same packaging since 1954?