My mammogram and bone density test went almost perfectly. Instead of feeling the usual pancaked bosom sensation, my breasts were impervious to pain. (Bwhahah, lifts breasts victoriously to the heavens.)

The mammogram showed no lumps or irregularities. The diagnosis by the lady doctor was: “Breasts hurt sometimes.” I accept this diagnosis. All in all, a good report, though the mammogrammer commented on the number of bruises I have. That will be resolved by the thyroid test later in July.

My bone density? Hard to say. I am above average for a woman of my age. Technically it says “[you are] 0.9 standard deviations above the mean of the average bone mineral density for age- and gender-matched subjects,” and I am utterly unable to do that math so I stopped reading at “above average.”

I was rubbing my neck to see I could feel anything while I looked up left femoral neck. Not what I expected. 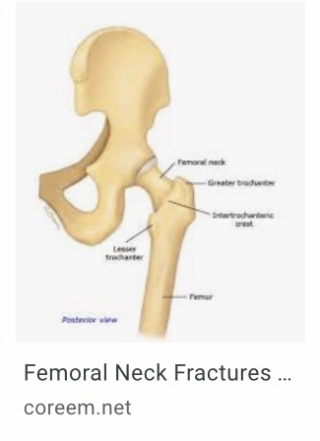 I can see why that would fracture. Looks delicate.

After I waded through all the all the standard deviations and the oddly-placed leg necks I found some text that put my situation in plain terms: I have a less than one percent chance of breaking my hip in the next ten years. There’s an 8% chance of breaking something else, though.

I accept this prognosis.

Posted at 08:57 AM in In Which We Mock Our Illness | Permalink