I recently got around to framing a souvenier print we picked up in New Orleans. 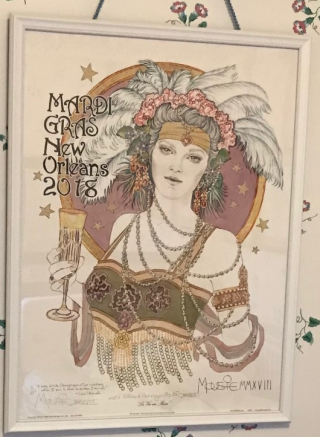 The framer asked if we'd been to Mardi Gras in 2018, as the print says, and I said, "Oh no, it's been years and years since we've been on vacation." I researched it, and it has been years and years in that it has been one year plus one year. We were there in February 2018, so it's coming up on two years once winter is over. It feels like five years since we've left the house.

On the other hand, the Trump presidency has just flown by. I can remember election night like it was yesterday.

I need to change my attitude. I think so rarely about enjoyable things that they seem an eternity away; yet I think so often about the negative that it feels like yesterday.

Posted at 08:46 AM in In Which We Mock Ourselves | Permalink