« Novel from Beyond the Grave | Main | Trivia Return »

You might remember that I don't resemble anyone in my family, at least not Mom or Jerry. Someone hinted I might look like my aunt who died young. I don't look like my brother or the one half-sibling I've scoped out on Facebook.

One day, a few years before she died, Mom said that she'd been sorting the family photos and thought the shape of my face looked a little like Jerry's mother, my grandmother Faye. "A violin face," she called it. She pointed out the curve of Faye's cheekbone and chin, which could be interpreted as looking a little like a violin. I didn't see it. I look at that photo every once in a while and I don't see it.

Well, since David has reconnected with bio-cousin Mark, a new photo has emerged that makes me suspect I was not switched at birth.

It's from the early 80's, and cropped out everyone but Faye, so it's blurry: 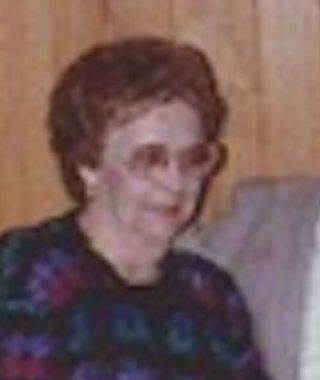 ... and here is one photo I have kept that doesn't crop off my bulbous chin: 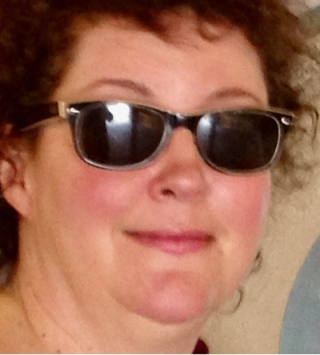 Look at that! That's my chin! Now, it could be that every woman of a certain age has the same carbuncle chin poking out of a comfy flesh hammock. I need a second opinion.

Gary looks at the two photos above and sees no resemblance. What say you?

Posted at 08:13 AM in Miscellaneous Mockery | Permalink

I do see a resemblance, from the nose down. Grandma has a pad starting at the corners of her mouth, and so do you. Of course, you have almost no sag, no lines, you look a lot younger, you have better skin, but the underlying structure is there.

~~Silk - good to hear it! David also reports there is another photo of the half sister in which she resembles me. I don’t have Faye’s nose, but she gave that to Jerry, and when that nose marries a pug nose you get my nose, as I learned in genetics class.

Yes, I too see a resemblance. With time, the jowls will come, to strengthen your case, which I hope will be a consolation to you then.

Big Dot - you are kind to suggest my jowls are not even nascent.