I won tickets to the Rachel Whiteread exhibit at the art museum. I wasn't familiar with her work, but if I had been in London in late 1993 I would have heard about her. She became famous for filling an abandoned house with concrete, then tearing off the exterior of the house, revealing a cast of the inside.

That's what she does: she fills objects with resin and plaster and such and makes a cast. Generally, the result looks like a smaller version of the original: 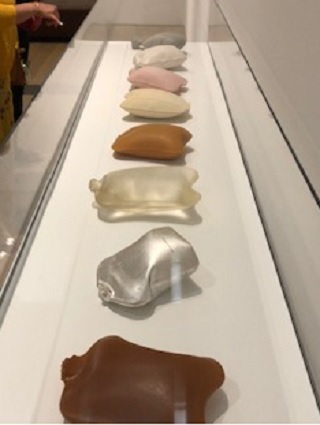 ... and sometimes the source is a mystery: 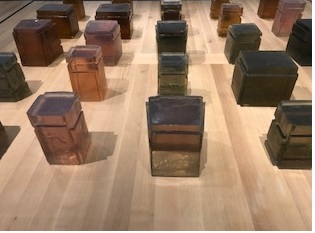 I went alone, though I had four tickets. I think my mistake was using her casting of a storage shed to explain what she does. No one was interested after that.

After the exhibit I when to visit my friends: the Degas ballerina statue, the DuBuffet gnome - and, the gnome is gone! 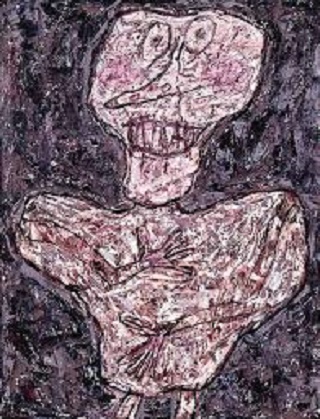 DuBuffet's Geste et Parole is gone, and I can't see where he has gone to.

I flew back to the information desk and the Information Lady denied all knowledge of him - or at least, she said he wasn't in their collection any more. In response I grouched that the museum has too many Max Beckmann paintings. "That's your opinion," was her answer, then she pointed me to a Max Beckmann painting that was not displayed next to the twenty other Max Beckmann paintings in the Max Beckmann Hall of Post-War Nightmares, but is instead in the room with the Van Goghs. She said, "It's a Mac Beckmann, but you wouldn't believe it."

Still sad my little gnome friend is gone. I knew there was a reason I couldn't find him seven years ago. You would think there would be some provenance trail on the Internet, but no. No forwarding address. No, "Sold like a dog to fund even more Max Beckmann paintings."

You know what else I didn't see this time? The Medicine Cabinet piece. Am I going to have to visit the art museum every week just to be sure my friends haven't been sold off?

Posted at 07:19 AM in Miscellaneous Mockery | Permalink