I was watching the trailer for the new Lego movie when I noticed the similarity. 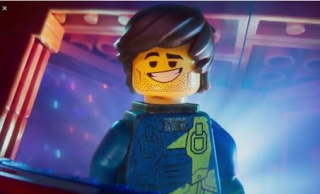 Same stubble and snarky grin. Work "Rex" has shorter hair. He protested that point when I shared the resemblance with the department. They all saw the likeness. Great amusement at his expense. That was right before Christmas.

Yesterday it was revealed that he is leaping up the corporate ladder and is now the boss of my boss.

So, guess I won't be buying the Rex Dangervest figurine for ... wait .. oh God, there's one with a coffee mug in his little Lego hand.

I had no choice. Purchase made. This is why I've only gotten one promotion in 25 years.

Posted at 10:20 AM in In Which We Mock Our Employers | Permalink