The other day I got some onion powder out of my spice rack and it rattled. That's when I realized my spices are old. 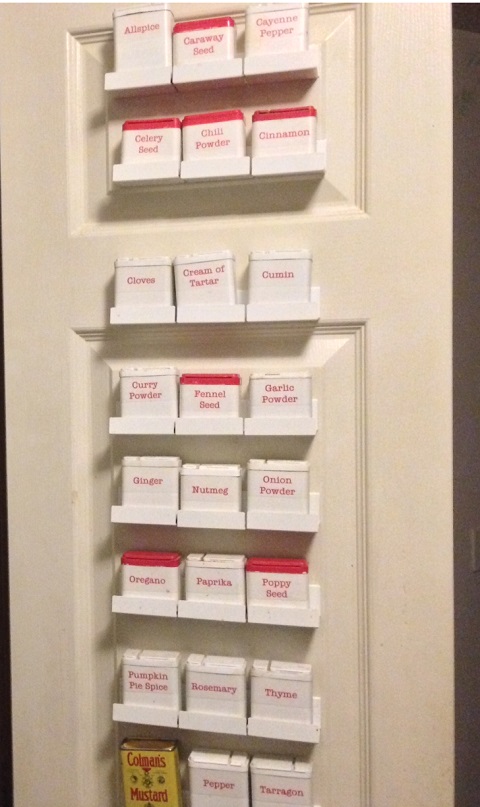 (They aren't as old as those 1970's tins would suggest - I buy new spices and funnel them in.)

America's Test Kitchen has done some taste tests in which Penzeys spices have held up well.  I pocketed Gary's newer supermarket onion powder along with my petrified onion powder and headed to Penzeys. (Yes, we have separate spices. Separate accounts/beds/spices, kids, that's the secret to marital bliss.) I would say I headed out to see how Penzeys compared, but I suspect the plural possessive of Penzeys, which is itself a plural possessive they just gave up on, might be Penzeyses.)

That plan failed once I got there because I snorted too much of his into my sinuses and I was overloaded. I couldn't tell the difference between Penzeys and his preferred spice brand, Spice Islands. So, just assume all my plural possessives will be wrong for this post, because if I tried you'd see things like "Spice Islandses sample compared well with Penzeyes sample."

My nose recovered enough to be able to tell the difference between Ceylon cinnamon and Chinese cinnamon, though. I know in the rest of the world Chinese cinnamon is just called cinnamon. Of course I got both (one for sprinkling and one for cooking) and then I smelled the granulated toasted onion and had to have that.

Of course I ended up restocking a third of my spices, plus extra things like the fancy cinnamon and the toasted onion. Happily I was able to resist the vanilla because I have a giant vodka bottle of home-brewed vanilla in my cupboard. (Lah LAH. Fancy. No, you just steep vanilla beans in cheap vodka for half a year.)

And it occurred to me that if I like vanilla-flavored vodka and Coke, I might really like vodka-flavored vanilla and Coke. Hm. And I could have Chinese cinnamon toast too. Hm. Interesting.

Of course, since I came home excited about spices, Gary had to be the voice of reason and point out everything wrong with my plans. (I didn't tell him about the vanilla Coke.)  I've been making him Butter Chicken while he's had the flu THE LAST SIX WEEKS, so if he doesn't let up on the scorn I'm going to put the wrong cinnamon in my next batch of Butter Chicken. Then we'll see who the spice snob is.

Posted at 09:52 AM in In Which We Mock Ourselves | Permalink