Sous-vide cooking is all the rage now that they've invented a device that will let you safely cook food in tepid water in your stock pot. Well, that's an exaggeration. It isn't tepid water, because it has to be at least 135 degrees to kill the pathogens. But you put your meat or eggs or carrots in a vacuum-sealed bag and you let it cook - well, simmer - well, heat up - at a temperature low enough to kill pathogens but still does some amazing slow cooking that doesn't dry anything out. 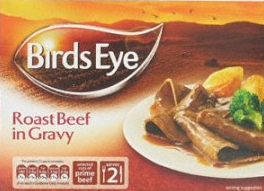 Like this boil-in-bag dinner I grew up on, but much nicer.

So, for Christmas I got myself my own sous-vide cooker and I have since learned that there is a delicate dance one must do. You have to balance the time spent cooking (half an hour to 78 hours) with the temperature (136 degrees to 180) and the amount of pathogens killed (if you cook it too long - like days - and the food's too delicate - like fish - the strongest pathogens revive and can trouble you).

Here are the things I have eaten so far.

Eggs with gruyere. I quizzed facebook on what to make, and everyone who has had Starbuck's velevety sous-vide eggs said, "Make that." I had to buy jars, and I evidently got the wrong kind, and the knock-off recipe I found might have been off, and and they were a bit tough. Still, edible. Tasted like ... eggs. The next day I plopped an egg in boiling water and kept it there for seven minutes and it was perfect. Wouldn't make the 45 minute eggs again.

Shop and Save steak. I followed the recipe on the website for this one. "Only half an hour?" I thought. "Well ... okay." And it was wonderful. Made a cheap steak much better.

Leftover eggs with gruyere (see above). The eggs recipe made four servings, and I WAS ASSURED you could refrigerate them, even though I've heard that you really should eat sous-vide things immediately so the pathogens cannot ressurect themselves. I laugh dourly at that now. I took one out of the fridge the next day, ate it for breakfast, and four hours later I was at work and the egg was leaving my system violently. And I would say, "Sure, some part of the egg was undercooked, and I have an egg white intolerance, AS I NOW REMEMEBER," however I don't vomit with the egg white intolerance, and the bowel distress starts after 45 minutes, not four hours. "No more eggs!" I thought, as I puked. And, had I not had the steak, I would have thought "No more sous-vide."

Carrots. I've heard a lot about how awesome carrots are when cooked sous-vide. I think I may have heard this from people who never eat raw carrots. After 45 minutes they still had a crunchy center (with a nicely tender outside) and they did indeed retain their carrot taste. But ... why not just eat raw carrots?

Bottom Round Roast. I have tried to make roasts, and they are always disappointing, because they are always some horrible cut of meat that I think will taste like seasoned lunchmeat right out of the oven. Still, I sliced up a bottom round into four-ounce portions and cooked it at 180 (a little high) for eight hours (really, that's what the recipe said). It was tender. Sadly, it still tasted like a very tender, very dry, very tasteless bottom round roast. For the next portion I try will requre a lower temperature, more time, and more gravy.

That's it so far. Next I'm going to try:

Frozen chicken. I often come home to find that nothing is prepared or even thawed. Supposedly I'll be able to increase the cook time by 50% if the food is frozen. Let's see what happens when I plop a frozen breast in the pot. Supposedly after ninety minutes I'll have a succulent chicken breast.

Filet mignon. They were on sale for four bucks each, so why not. And supposedly I can toss the frozen cuts right into the pot still in their vacuum packaging right from the store.

Brisket. I love brisket. I have a fun brisket recipe that calls for Mogen David wine. However, the sous-vide brisket recipe calls for FIVE DAYS OF BRINING and then TWO DAYS OF COOKING. Hope it works out. I'll see Thursday. They say you put ping-pong balls in the pot so the water doesn't evaporate after day one.

Chuck Roast. I love chuck roast, particularly the collagen. I haven't had a proper pot roast for years because Gary hates the collagen. Hoping the sous-vide will do some amazing thing that will make it palatable to Gary.

Pudding. When I tried to make home-made pudding before, it was very tough with a nasty skin. I'm going to try making some today with the sous-vide, but this time I've got the right jars, I'm literally rinsing off the egg yolks, and I'm dividing the recipe so I don't try to eat any leftovers.

Posted at 01:09 PM in In Which We Mock Ourselves | Permalink