The Council of Mice

The eldest mouse raised his paw to summon the mice to the Mouse Council.

The mice swarmed to the center of the attic of the little house on the outskirts of Saint Louis Missouri.

"Let us begin," Elder Mouse intoned. "Scout mouse, report on your basement expedition. Is it habitable, or is is still the realm of death where so many of our ancestors were slaughtered? Thirty-one mice dead. Only two survived. Our population was decimated."

All the mouse bowed their heads to honor the dead, except one silky mouse, who softly squeaked, "Decimate means to reduce by one tenth."

"Whatever," Elder mouse said, "My question is, can we live in the basement or are we stuck in this attic?"

Scout Mouse replied, "No, the basement is too dangerous. I found a strange artifact. A rectangle filled with glue!"

Elder Mouse asked, "What is it?"

The attic filled with squeaks. Elder mouse again lifted his wee paw. "Silence. The Great Ones will hear us. Well, that's a mystery. Why does the basement contain these hazards? We will have to limit ourselves to the clouds of insulation in the attic."

A young mouse added, "And the walls. I've been racing around the walls all night long."

A cry from the crowd. "Tell us about the walls!"

Young Mouse hadn't prepared a formal report, but after he thought a moment, he said, "I have found that if I scratch for an hour on the walls behind the headboard the Great Male will scream and pound on the wall. Obviously, he is trying to communicate. With every interaction his screams get more and more high-pitched. Perhaps someday he will learn our language. I think ... I think one day we could speak to the Giants. Perhaps in your lifetime, Elder Mouse."

Elder Mouse bowed his head in assent, but a flicker of doubt crossed his whiskers. Were the Great Ones as kind as the Young Mouse thought?

And, bold as they are, would these young mice survive? 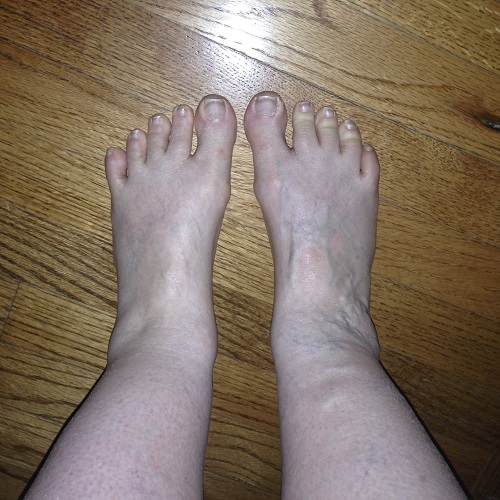 The varicose veins began on my right side a few years ago, and now they have begun on my right foot. The left side is still in good shape. Spunky says desparately, "It's okay! I'll only expose my left profile to the cameras! Still love me!"

But of course, now that I've lost 38.5 pounds, the fat melts away to reveal the lumpy veins below. I've lost inches as well as weight. Still, I didn't expect to lose one inch in height as well. I was kissing Gary this week and I thought, "When did kissing him get this awkward?" Somehow he got tall. In the past, we kissed and we were nose to nose. 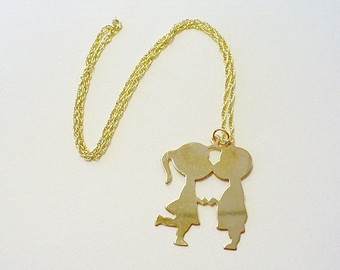 Now I have to tilt my head. It was quite odd, and I didn't like it as much as you'd think. I tried to close my eyes and imagine I was kissing some new man, but I couldn't get into it without a backstory.

I just meaured myself and I am one inch shorter. My pants still are the same length, so I must have lost torso height. I did go down a slide at the City Museum last weekend and I landed hard on my tailbone; perhaps my spine is now compressed.

Of course, the reason isn't that complex: I'm just old. I hit 53 and my body said, "It's time to start looking like an old lady. Catch up."

UPDATE: Gary and I kissed this morning. He said, "You're tall again." He was disappointed. We measured me and I am indeed back to 5'7".

Judge for yourself. Could this slide ride have compressed my spine?

I am on the edge of punching a hole in the wall every minute. The anger is visible: I had to be taken to task today for the pointed body language I was laying on my boss.

I don't want to suppress my anger any more. It's unjust that everyone else can bite at each other like a nest of rats, but I need to stay calm. And rational. And I won't. Even if I could. Anymore. Which I can't.

And God forbid that Gary raise his voice about anything - it makes me fracture into a thousand flying shards of hatred. Every little tone sends me off. The whiny tone. The cranky tone. The verge of hysteria tone, which is Gary's baseline.

And of course, all this comes to a head when Gary's in his most stressful situation and I am expected to be at my most calm: when he is driving and I'm the navigator. Gary thinks we need to drive MORE to get past this problem. A visit to each cave on the way to (shudder) Branson, MO. Branson. It has come to this. Can you imagine a fresher hell, a four hour road trip to Branson? Each of our last two road trips was marked by Gary using the D word. Those couples who get divorced after thirty years? I bet they've been on a menopausal road trip to Branson.

I've volunteered to go back on my meds, but Gary thinks it's testosterone. "That's pretty much how guys feel all the time." Well, my apologies to guys everywhere. Thanks for not punching me in the face when I complain, whine, or just express any emotion at all.