My grandmother used a particular shade of Maybelline plum lipstick. When Maybelline discontinued it, she ordered a family-wide quest to find any tube that hadn't been sold. There was no internet, so it could have been the Grail and we would have as much luck. She was disconsolate and died soon after.

I, too have been shafted by my preferred makup vendors.

First, Neutrogena had stopped selling this stuff at brick and mortars around me. 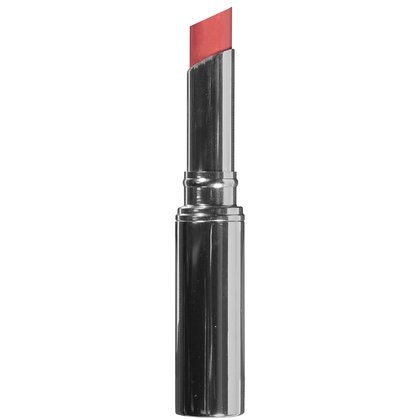 I know I can get this eight dollar tube of lip gloss for $22 on Amazon, but that'll just delay the inevitable.

I could spend almost $100 for this mineral powder makeup I have used for years that has also been discontinued. Clinique also discontinued the eye shadow color I like last year, so they were down to their last chance.

And I know, they don't want me to be a 100 year old lady in 1980s makeup. Fine. It was just that all the makeup ran out in the last three months, and then the last straw came when I found that Philosophy stopped making my foaming face cleanser. The salesgirl had "never even HEARD of it." It was probably discontinued before she was born. Bastards. How does cleanser go out of fashion? Unless it was made of thalidomide or arsenic, there's no reason to discontinue cleanser.

So, I'm saying screw it all, I'm switching to the Noxzema that cleansed me as a teenager. All they changed is the bottle, I hope. If that doesn't work I'll use the Phisoderm.

There has been only one bright spot in my brand loyalty. Before Pantene was the "Don't hate me because I'm beautiful" shampoo, it was the anti-squeak shampoo. 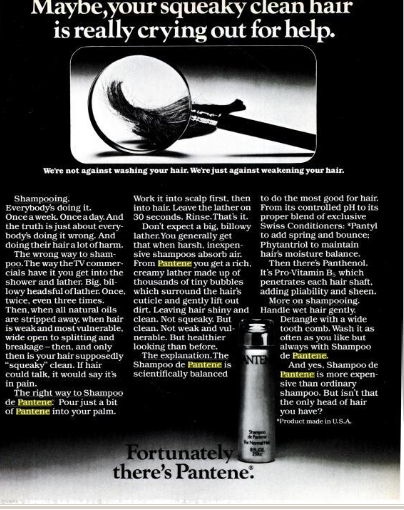 Read that. "Your hair's in paaaaaaiiiiiin." I loved that shampoo. I was loyal, but then at some point they went pro-squeak and changed the formula.

Happily, that squeak-free stuff is back. It's sold as a low foam co-wash cleansing conditioner and it's ony hard to find because Pantene sells eight hundred types of shampoo now.

So, I can't find my 21st century makeup, but my mid seventies shampoo is back forty years later. Perhaps I should see if I can find some LipSmackers lip gloss and Sweet Honesty perfume.

A few days before Christmas I went to a party. I didn't know many people there, but I knew Julie and her partner Elaine, who goes by Laine. I didn't know the hostess at all, but people in Julie and Laine's crowd are very hospitable.

So, I let myself in the front door of this stranger's house - forty five minutes late, I might add - and I was hungry. I left a hostess gift in the kitchen (an amaryllis) and went down to the party in the basement.

Right now you're thinking I went to the wrong house and they set the dogs on me. Given the predictability of this blog, I don't blame you for that. But those things didn't happen.

I said hi to Julie, and then I dragged her in my wake to the buffet, because I was hungry and I was worried I'd missed all the food.

There was a cake dome on the buffet that looked almost exactly like this: 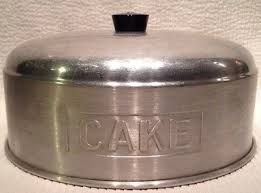 "Cake?" said the cake dome, quietly. "You like cake? Eat some cakkkkeeee."

"CAKE!" I shouted, and pulled off the dome. There was an exquisite bundt cake. "Julie, there's cake here! I need some of this cake right now. Where's a knife?"

"Upstairs!" Julie said happily. "Do you want me to get one?"

"No, I can do it," I said, because I don't mind rooting around through cutlery that isn't mine, especially at a party. I appreciate it when my guests do that instead of bothering me.

So I went upstairs, partly to get a knife and partly to admire this gorgeous house. It's a South Side bungalow I would kill for. The knives were in the first drawer I looked in, damnit, so I had no excuse to admire anything else, so I went back down and had a delicious slice of strudel-filled cinnamon bundt cake. Since it was filled, the cut displayed a particularly cunning cross-section. I ate a bite and exclaimed loudly over how good it was.

About an hour later, I was sitting by Laine when she said, "I need to get some of that cake."

Laine was finishing her slice of delicious bundt cake when someone came out with a sheet cake, and I remembered that this was not a Christmas party, but a birthday party shared by Julie and the hostess. (There was an awkward moment when I sang, "Happy birthday dear Julie" when everyone else sang "Happy birthday dear [hostess].")

When we were done blowing out candles, someone said, "Now for Julie's cake. HEY! Someone ate some of Julie's cake."

Yes. The bundt cake I had defiled was actually Julie's birthday cake.

I turned to Laine in horror. Horror. Then I realized she had herself taken a slice of cake to lessen my inevitable humiliation, much like Queen Victoria drinking out of the finger bowl.

That particular humiliation will never ever happen to me again. If I'm at a party, I'm shunning all cakes until I have determined the cake's purpose in the grand scheme of things. I will no longer assume all birthday cakes are dressed in candles and buttercream frosting, instead of skulking around under vintage cake domes and tasting all sophisticated.

How To Supress Your Uterus

In my fertile days I would occasionally worry that I would only want kids after it was too late. What if the last egg traveled down the tube and set off a Rube Goldberg mechanism that unblocked a river of maternal urges? What would happen then?

Well, as it turns out, I won't need to leave my house at all. All I'll need to do is rent The Babadook.

It's a scary movie. But what tips it toward Exorcist or Omen levels is the freaking terrifying child. Take The Exorcist, and replace the one awkward astronaut scene ("You're gonna to die up there") with five scenes of this kid creeping people out. The Mom reacts with increasing impatience and exhaustion.

It's a pretty good example of how I imagine motherhood. My kids would be cheerfully creepy and destructive, and it would take me about 90 minutes to lose my mind.

The Year In Health

After a D&C and my very last endometrial biopsy ever, the monthlies were gone. And then back. And gone. And back again. Meds were prescribed and ignored. Evidently ignoring is the trick, because it hasn't been back for a month and a half. How I have a period with no hormones to provoke it I don't know. Gravity? De-cluttering?

After the biennial MRI I again have... No! New! Lesions! Rah! That result came from my second MRI, because I pooped my way out of my first one. I had made cookies that morning and liked a bit of raw dough off the tip of my finger. Forty five minutes later I had to call from the WalMart restroom and beg off, since an MRI is not a good place for someone suffering the effects of a raw egg allergy. Later though, I got an MRI when I was no longer a ticking time bomb and got a good report. Of course, they stop counting the lesions after fifty lesions, so how can they really know there are no new lesions?

The Year In Music

I am surprised to say we only saw BNL once this year, when they came to our doorstep at the Soulard Mardi Gras Pet Parade. We saw Ingrid Michaelson in Vegas, along with the Michael Jackson and Beatles-based Cirque Du Soleil shows. However, Guster and BNL are both on the schedule for the beginning of 2015.

The Year in Retirement

Gary forgot his birthday month until it was half over, his life is so full of relaxation and amusements. Still, kids, if I had It to do again, I wouldn't schedule two major life changes in the same year: a menopause and a retirement. There have been some noisy fights the last few months.

The Year In Food and Beverage

Gary swapped out Diet Crush for Water Enhancement Drops and Wine. The wine surprised both of us. Interestingly, it seems if you pour wine through an aerator it tastes almost fine, and then if you drop a magic metal coin in it for a second it becomes mellow and aged. The magic coin was Gary's Christmas present.

Gary learned to make cookies, and turkey, but not soup. He claims if you make a soup and then throw in a stick of butter and a quarter cup of flour "to thicken it," that's the same as making a roux. All I learned how to make this year was fondant icing.

The Year in the News

Ferguson. Hello, global spotlight. I feel like I live in the Scopes Monkey Trial town.

The Year in Travel

Thank you, Grand Canyon, for giving us 1) the worst cold of my life 2) straight hair for six days 3) the chance to pee standing up and 4) most of all, our new family member, Packie. Packie is Gary's fully-stocked pack. For at least six months Packie sat on a chair at our table, waiting to spring in to action if we needed to go off the grid. Now Packie sits in Gary's room under a few hoodies and socks. I will bet Packie goes with us on the cruise we have scheduled.

The Year in Old Amusements

I've taken up the guitar again. I'm rusty on all the chords except the Es, As, Ds, Gs, and the one C. However, I've found that fingerstyle guitar works for me, and not only can I pick out a recognizable tune, but my fingers remember how to do it after about ten minutes. They act on muscle memory, like touch typing. It's a little freaky to have my hands know how to play the guitar without any thought from me.

Gary got me an adjustable easel so I rehydrated my decade-old water colors and I'm trying to paint one thing a day.

The Year in New Amusements

Gary is tearing through all the social media sites. Linked In, LiveStream, Vine, Facebook. He shares very liberal posts on Facebook, then tacks on wordy super liberal comments that can be measured in yards. He doesn't like Twitter, obviously. He's hinted he want to start a blog.

You think this post is long? Just wait till Gary starts blogging.