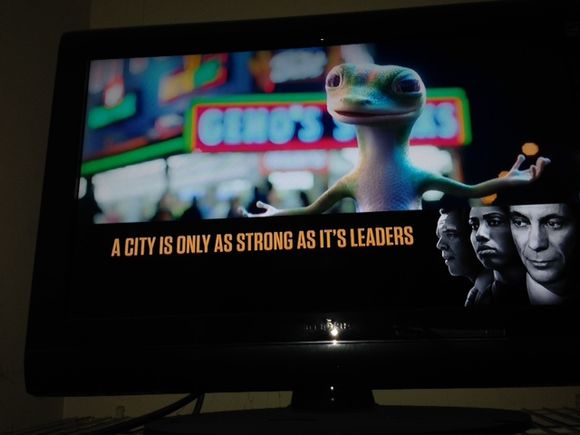 Last weekend the three came together at the pre-Mardi Gras Pet Parade downtown. It was the trinity of fun. The Purple, Gold and Green of silliness.

First we drove to the Pet Parade. Driving was not fun, and that was all my fault. At one point I said, "I'm upSET because I'm DRIVING and I can HEAR you CRITICIZING ME IN YOUR HEAD."  The poor man. (However, in my defense I think we all know he was criticizing me in his head.)

We arrived and saw every manner of dog decked out, some parading, some on the sidelines, some showing their teats, some sniffing butts, all of them barking. Every single one I approached was happy to be petted.

The Pet Parade could have been called the Dog Parade because it was all dogs, all the time, but for one chicken wheeling by in a coop.

BNL played after the parade, and the BNL concert was unlike all the other concerts because this time they had a focus. Ed's first words were "WHO'S A GOOD BOY?" All the jokes were about dogs. Dogs and bacon. Dogs and meat. Dogs and beads. It was some heavy dog pandering.

Speaking of pandering, you may remember the last time they were here, in October, they made the mistake of "not giving a shit about baseball" during the playoffs. I waited until Canada clinched the gold medal that morning and then tweeted:

I think it must have been the dogs in the audience distracting me, or the fact this is the first concert I've been to in the sun for a while, but this time I was far more into the audience than I was into the band. I was aware of my fellow concertgoers and you know, everyone really, really enjoyed themselves. People had children up on their shoulders, one guy was teaching his toddler how to fist pump, and the guy behind us just howled at everything.

It was nice. I think toddlers and dogs should come to all BNL concerts. It was a sweet day.

Einsparungen-Armen is the German translation of "savings-poor," and I'm making it it into one of those specific German words that mean things like "the sensation of needing to use the restroom right after you used the restroom" and "moral judgements of others based in the ecstasy of self-righteousness" and "the type of person who learns to cook late late in life and refuses to measure anything." I don't know what those German words are but I'm sure they're out there.

At any rate I am seriously einsprungen-armen. This last month I realized if I take the tax refund and a few miscellaneous checks and put it all in one savings account that it will make a nice round number.

I want my rainy day savings fund to be round and proud and untouched (much like me) and if it means I don't pay my house insurance bill then so be it.

I am truly thinking stupid things like, "I can't buy those pre-sliced onions; I have no money." And I have "no money" because that's the only way I can get that round number.

If it weren't for the damn house insurance I'd have those zeros at the end of my savings number. Hey, I wonder if I can put the insurance bill on the credit card? That way I could have the zeros for two whole weeks.

Just the other night I had one of my delightful dreams about Mom. And, as always, a few minutes in it occurs to me that she's dead.

"Wait. Mom, didn't you die five years ago. Remember? The hospital and the hospice, and the mortuary wheeling you out the front door?"

"Oh, you crazy kid. You must have misunderstood."

Every single time. Always this silly death thing, just a misunderstanding, what are you talking about "dead," who's dead, you crazy kid.

So, essentially, Mom is somewhat immortal. I keep conversing with her in my head. I know that's what the people with the babies sometimes say: they want some part of them to live on after they die. But that only lasts a generation or two, unless people have the babies to continue their DNA, as a little personal eugenics experiment.

Of course I can't deny there's a chance for immortality in the afterlife, seeing that Mom conversed with her baby brother, sister, and mother waiting for her. Neither dead father, it is to be noted. And technically not her sister, who was off praying for her. It seems odd that in the afterlife you still have to go someplace special to pray.

Of course, I'm busy paring down all my religious beliefs. Back to reading the Gnostic gospels and the Nag Hammadi texts. In the past I've been able to maintain my belief in God because of the sense I had at the church of an external force speaking to me. I was thinking about that and remembered that I interpret my depression the same way, a "voice" outside of me. So if I'm making parallels, either the church voice is God and the depression voice is Satan, or both are evidence of mental illness.

Then again, if the church voice was mental illness, it certainly was brief. I know there's a type of epilepsy that triggers the hippocampus and people experience religious visions in lieu of seizures.

I don’t know. Hey, can you tell I’ve weaned myself off my medicine?

I am such a news junkie I have to leave the TV on all night, at a subliminal listening level, just in case there is breaking news.

For some reason I woke up at 3:30. CNN wasn't even trying to report the news then. MSNBC was airing Olympic hockey. I scrolled through the channels and discovered this on Encore Black. 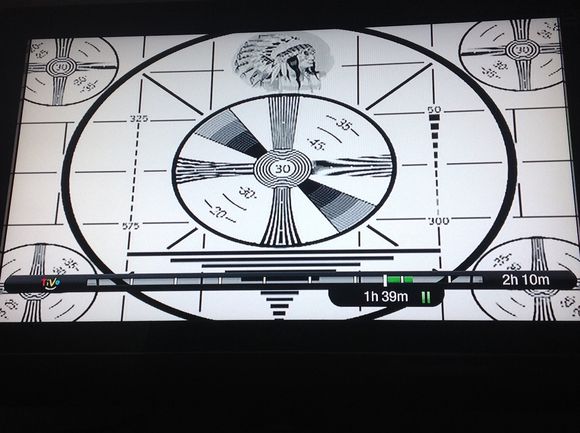 The antiquated "Indian Head" test signal, accompanied by audio of the Gettysburg Address.

That ran for about a minute, followed by a black screen reading:
Test Patterns
SMPTE Bars
4 channel tone 500hz - 20dbfs
1:00.00

And what followed that was a minute of the classic color test pattern and the emergency alert system tone.

Then another, and another. It was a retrospective of test patterns which I found wildly exciting. I felt as if I'd stumbled onto a spy numbers station.

After fifteen minutes it suddenly switched to the middle of previously scheduled programming.

So, of course I can't be expected to sleep with this excitement. It's five am now, and the news is on, and it is BORING compared to the test patterns.

So for the last twenty minutes I've been chasing an ocular migraine, that strange little jagged rainbow that pops up for no reason.

So this time I tried very focus on the rainbow. I think I must have focused too hard, because it blurred into a blurry neon rainbow.

"It's my own personal aurora borealis!" I thought. "And no one else can see it!"

Then I decided I was entirely too positive. Who puts a positive spin on brain anomalies?

Gary says, Its Me or the Pan

A few weekends ago Gary put the cast iron pan in the dishwasher.

Gary turned a blind eye to why you don't put a cast iron pan in the washer, and according to him it was literally a BLIND eye because the day I spent reseasoning the pan caused acrid fumes to burn at his eyes.

Last weekend he washed it by hand. Foolishly, I thought he might be culinary enough that he could hear the dirty secret of how you care for a cast iron pan.
"YOU JUST WIPE IT OUT? That's insane! What about the bugs?"
"They die when you heat the pan up for the next meal."
"We are throwing that pan out right now."
"Like hell."
"I am burying it in the backyard."

Our compromise: I am buying a ten-inch non-stick pan, and putting the cast iron pan away until he's grown enough as a cook to appreciate it.