The Glorious Room in Québec

When I made the reservation, I stressed that Gary must be able to open the window and step out (and bless his people like the Pope). 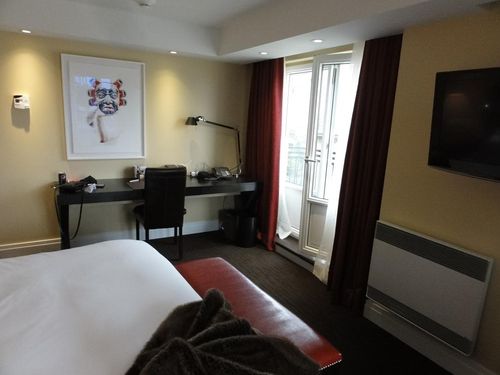 I also mentioned that I found the round windows charming.

They tucked us into this specific room. 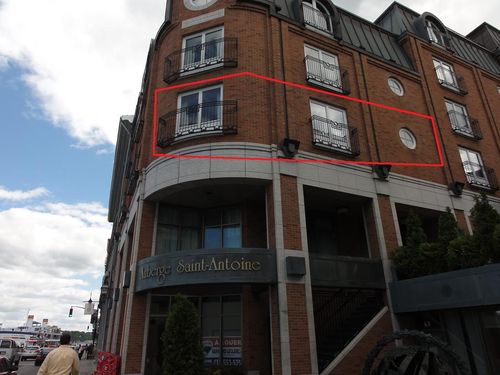 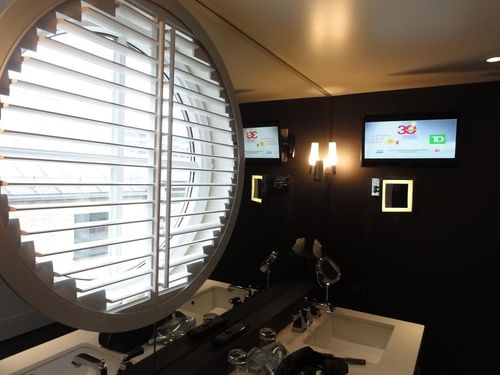 Since the room was dark when we got in I did not appreciate the glory of the curved wall until the next morning. 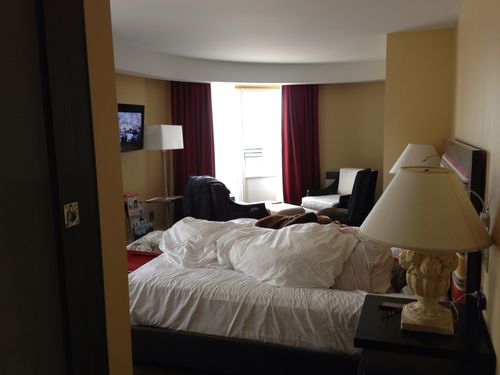 I found the bed very comfy, but of course that's in contrast to the Marital Bed of Pain I have to endure at home. (Gary likes a firm mattress.) 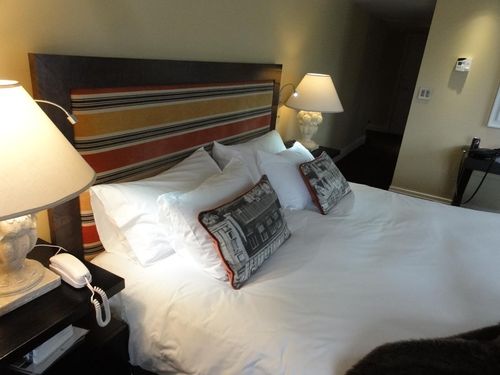 The remarkable thing about this hotel is that it was originally a warehouse from the 1600s, and when they expanded they dug up many artifacts. (More, I suggest, than the disappointingly thin Museum of Civilization next door.) They had all these bits, so each room has a scrap of ancient debris on the door plate. We had debris in the desk as well. Two bitty scraps of ancient barber dish. 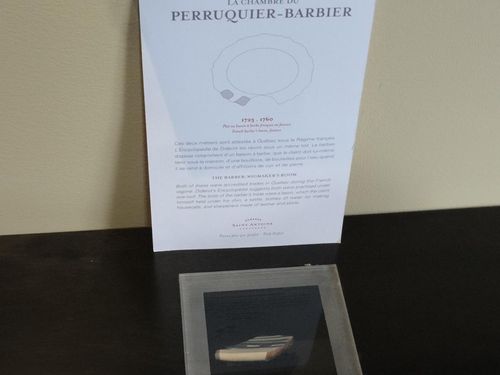 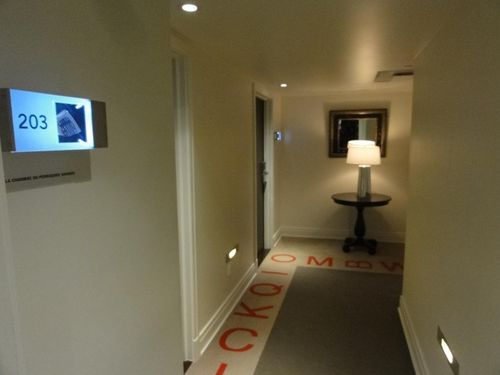 I don't know why there was an alphabet border on the carpet. I should have asked the concierge.

Oh! The concierges! Lovely to have a concierge. (Not as lovely to have as a butler, as some do.) For example, say you have a whaling tour and are to be picked up outside the Musee de Civilization next door. It is five after nine. The husband is convinced you have the details wrong. You just bop back into the hotel and ask Genevieve the Concierge what is up, and she gets on the phone with the tour agency and rattles away en Francais and says there has been a traffic tie up and the bus will be there soon. At nine fifteen the husband is in a panic again, so you trot back into the hotel and as soon as she sees you Genevieve gets on the phone, this time in French with a bit of a tone, and then explains to you they are sending another bus. Then that evening when you return, Charles, the evening concierge, asks you how the whale tour was.

I love having a concierge.

Gary hates it. He spent half a day with his head in his iPad on a question he could have asked the concierge in five minutes. 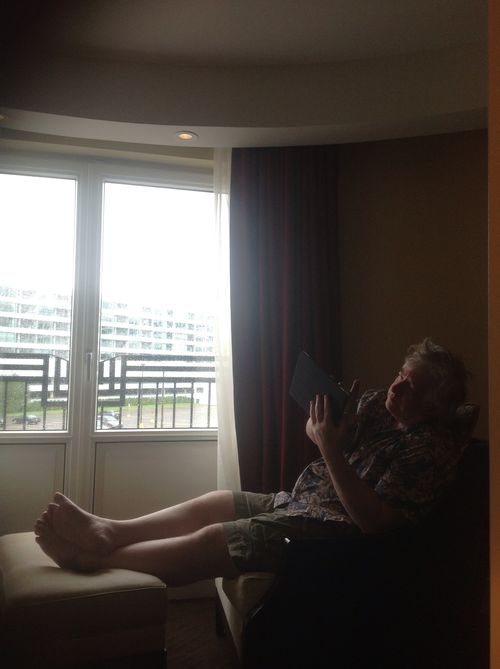 To counter the wonderful concierge, and the wonderful breakfasts at the hotel restaurant Panache, there was dreadful room service. 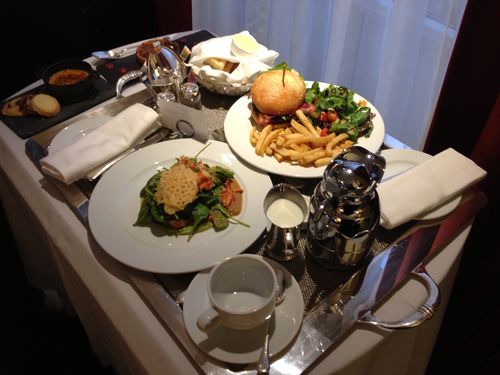 That's eighty dollars worth of burgers, salad, and dessert, and ... well, it's my own fault for ordering that salad. It was lobster, parmesan, and pamplemousse. I even knew pamplemousse was grapefruit. Why would I think that would be good? And why was I surprised when the next night's cream of celery root was tasteless? How tasty did I think celery root was?

Local bistros were no better. They know they have you trapped, so we went through forty dollar pizzas and sixty dollar pastas until eventually we got wise and had foix gras and filet, with dessert, for a "mere" ninety dollars.

Posted at 09:50 AM in In Which We Mock Ourselves | Permalink

Wow, I had no idea it would be so ghastly expensive!

Becs - if a person visited ony the chains (there's one that's a lot like Panera Bread) or to La Petit Cochon Dengue (specifically petit, not the regular one) and ate a lot from the farmers market it would not be expensive. Also Auberge Place de Arms has free breakfast. I have friends who going in September and that's where they are staying.