« The Day of the Peecough | Main | Gobsmacked »

Yesterday I read Big Dot's excellent essay on the pleasures of hauling ones self unassisted along the Inca Trail, instead of taking the "glamping" route, which she protests is "not right, turning it into some cushy outing with canapes and high thread-count pillowcases, for goodness sake. Wrong! Totally, totally wrong ... I really can't believe it could possibly be the same for well-rested, fluffed-up, gourmet-fed rich people." - Big Dot

True, I thought at the time, it wouldn't be the same. It would be better. Machu Picchu, only fluffier and tastier.

Well, then today's mail delivered a glossy brochure from TCS & Starquest Expeditions, an organization that shuttles one about the globe on a private jet appointed with some presumably leather seats. 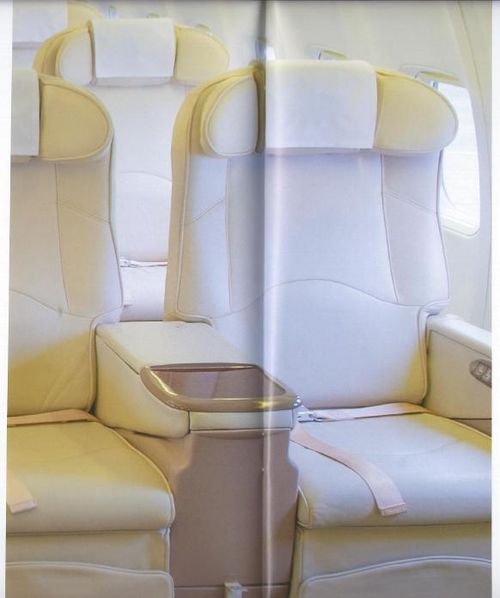 Each jet is customized to go with the excursion you are on. You eat canapes off a silver tray on the jet. The jet has its own on-jet lounge staffed with a concierge.

You intermittently get off the jet and stay a while at the Four Seasons in each of these cities: Los Angeles, Kona, Bora Bora, Sydney, Bali, Chiang Mai, Mumbai with the Taj Mahal, Istanbul, London, and then home.

The whole trip takes 23 days in March and April.

The price, not including golf (!), but including airfare, meals, transportation, and "philanthropic contributions" (I have no idea what this is), for a single person with the single supplement because Gary would never do this with me, is .....

Points? Can I use my airline points for any of that? Actually, no thank you. There IS something off-putting about being THAT pampered.

Posted at 01:14 AM in In Which We Mock Ourselves | Permalink

I had a wonderful time exploring Machu Picchu and did not give a fig about how other people got there.

Good choice. Can you IMAGINE what the other people on a trip like that would be like?

Though it really doesn't fit with the Inca Trail and especially the porters, I have nothing against luxury per se. Wait till I go to Alaska with Silversea in June. There will be butlers!

Chiang Mai is in northern Thailand and probably a lot fancier than when I was there in 1980 dithering over a 144-piece bronze cutlery canteen and finally, to the salesman's chagrin, buying a butter knife.

Hattie - It looks very interesting. I don't know why, but the Southern Hemisphere just doesn't appeal to me.
Big Dot - I am so jealous about Silversea! Many years I've included them on the list of vacations only to strike them off because they are insanely expensive.
Becs - I think I max out at $8k on vacations. Not ten times that.