The Best of Girl's Night Out.

Amazing concept. Tell people they can come over and "play with" your new range. "Let" them bake all the food. If I had just recently bought a new dishwasher I could have given them the privilege of washing the dishes.

Somehow by the end of her life Mom had convinced all her friends to come to her house and make her breakfast every month. A few more of there GNOs and my friends will not have to ask where the spatula is.

It would seem that I don't have an appropriate cake-decorating spatula. Marcia called early to ask if I had doilies (no) and a mixer (really?) but she didn't ask about the spatula. She needed it to decorate Whitney's Deathday / Libby's Birthday cake. The Worst of Girl's Night Out.

The dog, good God, the dog. He barked incessantly. I locked him in the bedroom for the last hour, where he barked, and then let him out, then he quieted down.

Before that, though, he peed twice, once stealthily. The second time was an in-your-face type of pee, not literally, but might as well have been.

The dog began his pre-pee pacing over by the back door. I opened the back door. He walked away from the back door to where Marcia and Libby were encouraging him to go out. In their words, he looked at them and said, "Nah, I'm good here," and lifted his leg and peed (while no doubt holding his gaze right at Marcia.) Libby cleaned it up. See what I mean about Mom-style parties?

Later, someone said in alarm, "what is that dog eating?" I snapped my neck to see if it was Libby's tater tots, Marcia's cake, Caroline's ramen, Susan's pasta, or Anne's cookies. 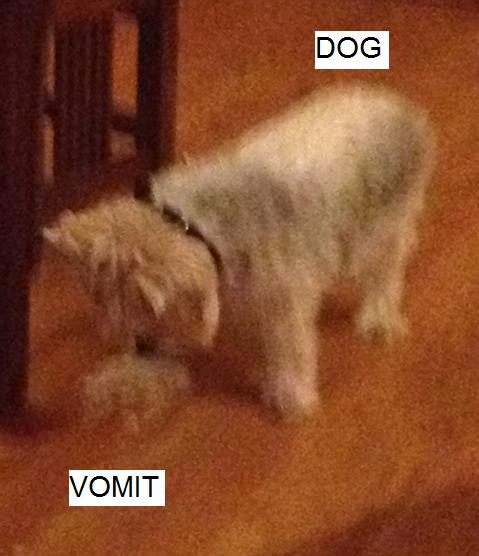 I annotated so it was clear which furry gray blob was which. Robin's photo of Libby above was very clear.

Other photos are very blurry because I tried to use the dog spy camera. Mac took dozens of blurry photos of closed cabinet doors. Sometimes, people stood next to the cabinets: 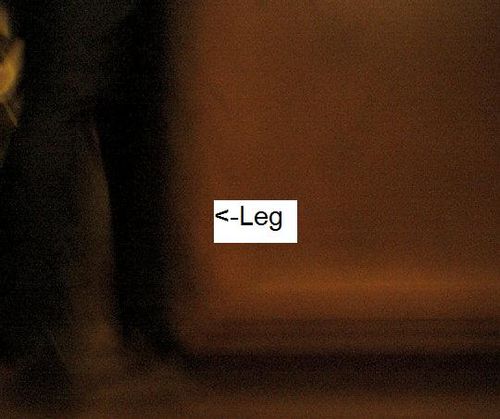 Here's a picture of someone mixing a shot, but I don't know who: 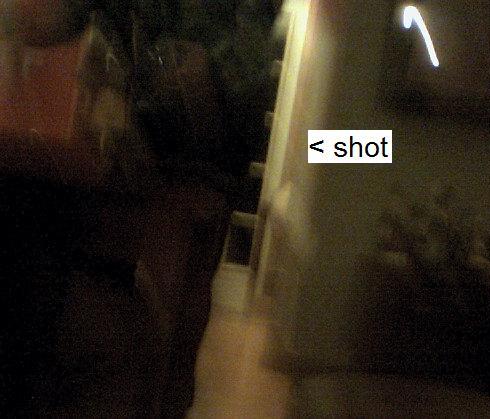 and of course a perfectly still photo of the open oven door. 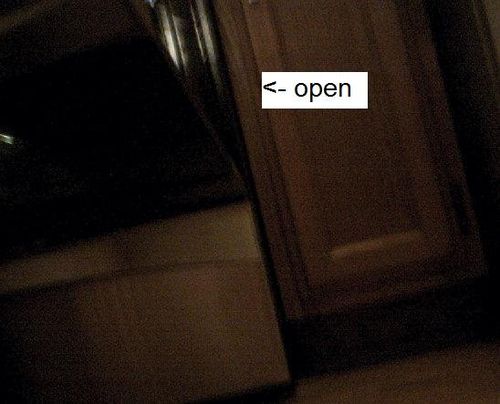 This deserves a comment. It was great. Getting tipsy off a single shot and screwing up Ramen noodles just doesn't happen every day. Now that I have boiled water on your stove I find my own woefully insufficient.