One. Gary has added two of the new TV shows to his wishlist. Here's a hint: it seems he likes brunettes with long hair. Yes, we'll be watching Whitney and - what's the one with Zooey Deschanel? New Girl. I told him if the T-Mobile girl got a show we'd have to watch that too.

"Yes! Can you imagine how many times they made her pivot her ankle in for that one commercial?" (He really likes the scene with the ankle pivot.) 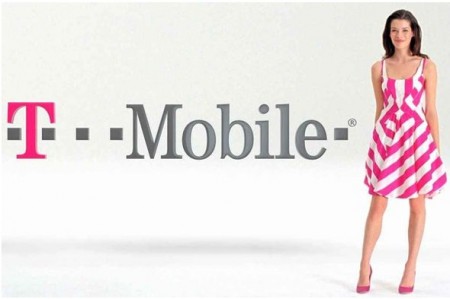 Two. On the road yesterday I was behind a cigar-smoking man who didn't make it through the light. He pronouncedly flipped it The Bird. I kept trying to make eye contact with him so I too could flip a double bird at the light and make him laugh, but I was unable to catch his eye, since I was behind him.

On the road today I was in front of a blond woman in an SUV, and the person before us at the light did not move speedily enough for the blonde. SHE had a long exaggerated hand conversation in her car. "Do you want to turn THHIIISS way" (pointing to left) "or THHHAAAAT way" (swinging arms to right) "Orrrr maybe you just don't know." (Arms of despair.) This time I was able to make eye contact. I'm afraid the eye contact was made while I looked aghast at her lack of patience, but she gave me a big smile anyway.

Three. The urologist says I have both the stress incontinence (from choking) and unexpectedly, the urge incontinence as well (typical with MS, he says, but common even without). I was doubtful, but the test doesn't lie. I can only imagine during the test any molecule that seeped through the Pelvic Floorboards was absorbed into my lady folds, and that's why the hurse claimed she saw no leakage.

So, I think that makes me unable to have the surgery (it can make one of the two worse) and I elected not to take the medicine for the urge incontinence because, well, I scare myself now when I do the Kegels. I could do a Kegel to blow my nose nowadays.

The Kegels are only one prong of my two-pronged approach: the other prong is to reduce the choking. I drink almost exclusively with straws now. (Lucky I hate wine.) My other choke-reduction tactic is my mother's standby, Mucinex. Somehow I imagine lung fluids are backing up, and Mom swore by Mucinex DM to straighten out her atrophied lungs.

Click that wikipedia link above. You will not believe the fabled powers of Mucinex.

You're willing to take something that's a knockout drug for llamas? Good grief.

(And to think I considered Mucinex for my post-nasal drip. I shall continue to hack and spit.)

Apparently, all my mucus is in my, um, intestinal parts because when I take Mucinex, it's one long day in the ladies' room.

BTW, for other peculiar and arcane medical beliefs, I do think that donating blood after menopause is a good idea. Gets things stirred up. I know it makes no sense. So it goes.

I thing "hurse" is one of those typos fraught with deep meaning. A combination of hearse and nurse, yes deep significance: Or just a typo.

Normal aging is at the root of some of this stuff, sinuses going into hyper-drive, peeing with every sneeze, brown spots turning up on my hands and face it takes courage to get older. I wonder what other horrors lie ahead.

Haha a typo when poking fun at someone else's-poetic justice!

I love Two Broke Girls and I've tried to like New Girl; but she's just a lame nerdy stereotype. The guys on The Big Bang Theory are great, I know guys like that. However, clearly Hollywood can't figure out how to make a girl a geek without making her a loser. Girl geeks need to band together against that!

"You're willing to take something that's a knockout drug for llamas?"

Are you kidding? Who wouldn't DEMAND to take something that's a knockout drug for llamas?

"hurse" is a great word...I am now going to think of myself as one when I am working with patients who are *difficult*. You have added to my list of humor-related coping skills.

Big dot - actually it has been giving me the shakes.
Becs - hm. I have yet to experience that.
Zayrina- the big concern about aging today is wrinkly eye bags. Gary's eyes aged ten years overnight.
Amy in StL -we saw Suburgatoty - not bad. Some good writing.
Elsa - I don't get how a drug with a 2.5 hour half life can come in a 12 hour dose. Lamas or no.
Mare - I like Hurse too - we shall see if I have opportunities to use it.

Start running or swimming or biking or something.....

Benchmark - how about yardwork? At least that's productive.