She Did Everything but Play the New World Symphony 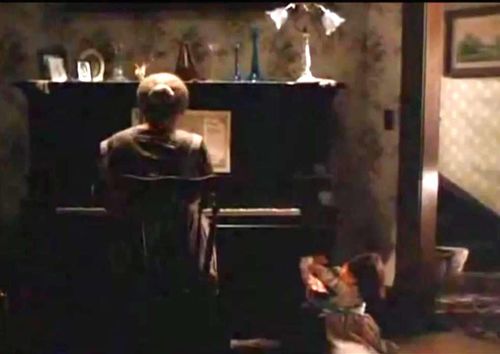 I had my urodynamic test today, and without giving you a blow-by-blow account, let's just say it was unpleasant.

Well, let's give you an abbreviated blow-by-blow.

Catheters up my bladder and vagina, electrodes on my rear. My rear was originally in the chair, then it was jacked up to be at the tech's eye level.

After she inspected her work she lowered me, she filled my bladder with cold water and had me hold it till I had to go. I alerted her that yes, gotta go now, and instead of letting me go she she said, "okay, now I'm going to fill it some more, and imagine you are driving down the highway. Let me know when you get to the point you'd have to pull over."

So I used my imagination and held on as long as my pride would let me, and then said "Okay. Pull over."

"Really? I consider this a personal challenge. I'm going to hold it till I explode."

"No, don't do that!" She stopped filling me up. "Here, go ahead and urinate." So I did, and foolishly I didn't check to see if it was all clear now.

Eventually it was over after SHE FILLED ME UP AGAIN I SWEAR, this time with room temperature water, which was much less unpleasant. I coughed and pushed and she inspected me for leaks. (No leaks. Because my body did not relax for the catheters. The barricades were up.)

Won't know what the results are until next week. My pee smells lovely, though.

Posted at 11:35 PM in In Which We Mock Ourselves | Permalink

I was recoiling from 'urodynamic' and then you followed up with 'blow-by-blow'. Good grief.

As long as you don't go around saying "The purple! The people!" I think you'll be okay...

This reminds me of an 80s movie called Moving Violation, or something like that.

Hattie - It was awful.
Tami - I hope you don't
Magpie - no, but it was a nice side effect
Big dot - my alternative to blow-by-blow was color commentary.
Becs- huh? That was in Sybil?
Caroline- random! Did they make someone hold water while they played the new world symphony in moving violation?

Queen - Pretty sure. I read and watched it when I was at a very impressionable age...back when I had a memory.

Becs - Did she say that when she was standing in the pond, or her boyfriends apt? It's beginning to sound familiar. I'm not watching sybil again to find out for sure.

She said it when she was walking around with her old lady face on.

Becs - I can picture that

The "Where's the Beef?" woman was in it, and she shows up at an auto shop thinking she's going for a physical. She ends up naked on the auto lift and there are crude lube jokes.