Why do I still remember the characters on Days of Our Lives and who slept with whom? 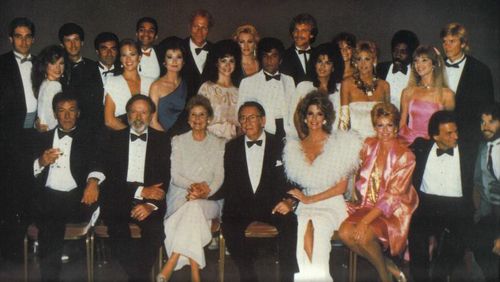 (The woman in coral is named Liz, and she owns a nightclub.)

I stopped watching in 1984. Why do I still know that? Is this what old age is like? Will mine be filled with tales of Bo and Hope and the Fish Cheer while I pee in my diaper? Like, as opposed to now?

You could argue the repetition of the Fish Cheer made it stick in my memory, and soap operas are all about repetition. But the other day I was buying olives, and I remembered a sketch from a single episode of a show that ran for two years when I was ten.

The Great American Dream Machine. Hosted by a man with a moustache. 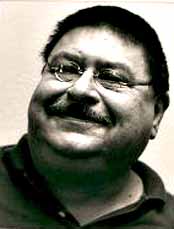 Marshall Efron. (I did remember as far as "Zac? Zac Efron?" before I looked it up,)

This is the creepy thing: evidently everyone else remembers the Olive Skit too.

Efron sarcastically compared cans of olives with sizes like "Giant," "Jumbo," "Extra Jumbo," "Super Jumbo," "Colossal," and "Super Colossal." The "Super Colossal" can contained one olive that filled the entire can.

Of course, I gave up my hunt for the related YouTube video when I found that there is a

40th anniversary tribute to TGADM on PBS this month. Check your local listings. (8/29 on Channel 9 here in St Louis.)

If it really sucks, bear in mind I was ten. Raise your hand if you remember the iconic olive skit.

Posted at 12:14 AM in Miscellaneous Mockery | Permalink

After Jay's diagnosis he started working from home, about 1999-2000, and he got hooked on "Days". That's the one with Stephano, right? I watched it when there was that one woman who played like five different roles - something like herself, her sister the nun, her skeevy brother, an evil twin, and someone else. That was cool. She was good. When she left the show, I lost interest.

I don't remember that show. I DO remember "Wonderama", though, and "Zoom" - does that count?

Oh, and you know how it is with the soaps - you can stop watching for YEARS, and then you tune in again, and it's later the same day.

It's a full life.
Ah, Country Joe. I was a wee thing in my 20's when Country Joe was singing

Be the first one on your block
To have your boy come home in a box.

Somehow, that couplet has stuck with me.

I don't remember the olive skit, but I *totally* remember the Evil Knieval song. It was buried *really* far down in my memory, but there it is, now, right up front! Wow.

I was just old enough to watch "Schoolhouse Rock" was a jaundiced eye. So young, the snark!

You know, that Fish cheer could probably be reworded to apply to Pakistan...Afghanistan..Iraq..and whoever we're being all imperialist on.

~Silk - SHe WAS good. Kind of skinny and freckled?
RockyCat - I don't think my PBS station carried Wonderama. I do still know the zip code for Boston Mass.
Hattie - A full life of peeing and memories and travel? You make it sound good.
Tami - No recall of the EK song. I do remember something with Martin Mull, maybe it was that.
Becs - Daily Shopw recently did a good parody of "I'm Just a Bill"
http://www.thedailyshow.com/watch/thu-july-28-2011/dodd-frank-update
Benchmark - What? They did other songs too?