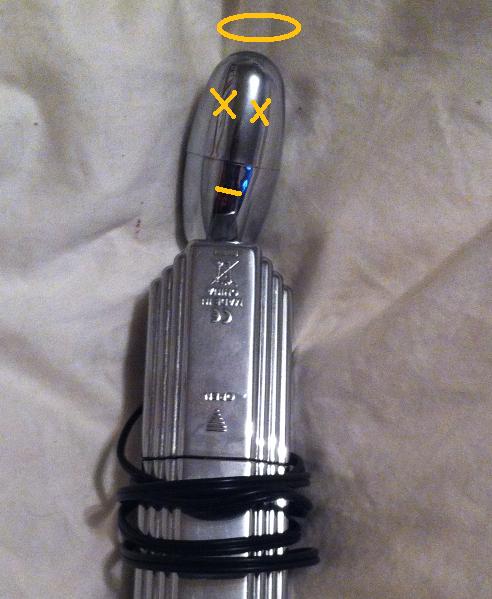 Dead from a short in the cord. Or it just doesn't find me attractive any more.

I went to the Internet to find its twin brother, and of course was led astray by its blue rubbery two-headed cousin, TLC9906-8.

Posted at 10:00 PM in In Which We Mock Ourselves | Permalink

Wait, what does that "less than a minute" refer to? The ah, result? Wouldn't that be more down to you than your dead friend? Surely you don't mean that's how long it takes to power up?

My boyfriend had a toy with a corded remote that had a short in the cord. It still worked, but if we put it on the bed and accidentally rolled over on it; one of us got a jolt!

Big Dot - I am the Queen of the boudoir, old thing, and the Queen doesn't like to wait. It powers up instantly. And believe me, I would not be so timely without my dead friend.
Am_in_StL - I didn't worry about a shock, and now I do.

gaoo - I noticed that too. Tender stainless steel love.