The King's Speech: A Review

Screenplay:  (pained face...) Well, it was charming. British TV science fiction shows are charming too. But the screenplay simply wasn't that wonderful.

For example, Edward VIII abdicates a few weeks before Christmas, and they suggest in the film that George VI doesn't even attempt to give a Christmas broadcast. Instead, his first big speech rallies the British at the start of WWII. But of course he gave a broadcast.  They skipped it, because that wouldn't have been good cinema, and if I didn't know better I'd never have guessed. But since I do know better ... it jumps out as manipulation.

And little details were jarring too. If you know that Wallis Simpson had a "wen," a mole on the side of her face ... 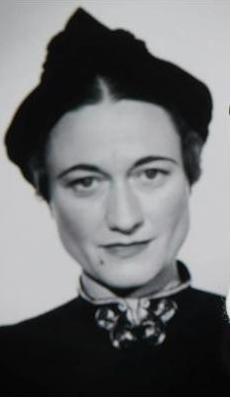 You look for that mole, and when [SPOILER] it isn't there [END SPOILER] you wonder why the decision was made to de-mole her.

Imagine if it's 2020, and you see a movie of the Clinton-Lewinski affair. Let's say they give Monica Lewinski blond streaks in her hair and set it up so the impeachment trial occurs while the Clintons are vacationing in Cape Cod. You couldn't get caught up in it because you'd compare reality with drama and question every difference.

And finally, I was distracted because I kept wondering what the Royal Family thinks of this movie. Probably, "As if Grandpapa would ever [SPOILER] be friends with a commoner! [END SPOILER] Quite!"

Posted at 12:41 AM in Miscellaneous Mockery | Permalink

Why wouldn't Grandpapa be friends with a commoner? His brother certainly was...

PS I loved the movie and don't care a wit about your mockery.

Becs - True that. I went to see it with Steve from Work, and when Queen Mum said Wallis picked up the sex trick at a brothel in Asia, Steve gasped and said "I didn't know she was a WHORE!"
Zayrina - Nope, not a commoner, just not royal. She had a title - thus spake Wikipedia: she was "Born into a family of Scottish nobility (her father inherited the Earldom of Strathmore and Kinghorne in 1904)" I mean, I'd do her.

Do some more research Queen. http://womenshistory.about.com/od/queenmothers/p/elizabeth_queen.htm

She was a descendant of Scottish kings blah blah yet still a commoner. Not sure how it works out but I know Albert was allowed more latitude in choosing a spouse because he was not expected to rule.

Zayrina- Well, okay, if you want Lady Bowes-Lyon to be a commoner that's fine. I applaud and encourage your elitism.

I don't understand, if her father was Lord Glamis, then how was she not aristocracy? He was a *Lord*, right? Is it because her mother wasn't a member of the aristocracy?

I am not at all British.

I don't understand it either but I have read many sources and it is the case.

Elitism? Wouldn't it be anti-elitism to encourage commoners?

Tani - Well, all I know is they let commoners mary anyone now. Sarah Ferguson, this Kate girl, all of them.
Zayrina - Oh! I though you were calling LADY Bowes-Lyton a commoner, not good enough for Bertie.

Quite good enough, he proposed to her 3 times before she accepted. But she was a commoner, good on her.

Zayrina - hope for us all.