Earlier this week the post office left a pink slip on our door to alert us we have express mail we have to sign for. "Good!" Gary said, "It's those Leave it to Beaver DVDs I ordered for Mom and Dad." He signed the slip and put it back on the door.

Yesterday the Post Office ignored the signed slip, gave us another slip that added two clues: we had to come in and sign for the package, and the sender of the package was "China."

"No!" Gary said, "That DVD web site was American, and they had an FAQ where they explained the American laws that made it so they could reproduce these unreleased copies of Leave it to Beaver."

So we are dressing to go to the Post Office. Updates later.

We had to sign this form, then leave it because the Post Office said, "Customs took our copy." Do we fear Customs? No! 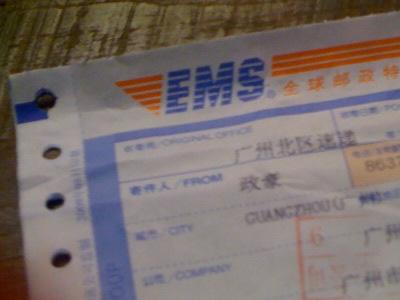 Of course, we had to take them to the in-laws to see if they were actually in English, because the hand-numbering on the disks did not inspire confidence. 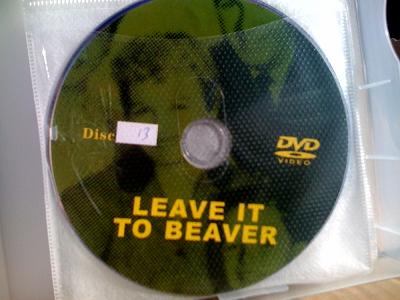 But nope, they were as Beavery as Beaver could be, all the way down to the TVLand icon in the lower right corner.

Posted at 11:02 AM in In Which We Mock Our Husband | Permalink

waiting on pins and needles.

Hmmm, parcel from China - why, that could be... ANYTHING!

mrs hall - Not really worth the wait, was it.
Big Dot - It reminded me I bought some kimonos from china on ebay (for $1 each) and I had to sign for those too. Huh. Never had to sign for canadian things ... I dont think.