Do You Think I Meant Contra Matters?

UMSL. 1982. Shakespeare's Tragedies. Our class was discussing this exchange:

Our lady-like professor let us in on the joke. "You know, the first syllable of 'country' meant the same thing then as it does now."

(Entire class, puzzled, repeatedly mutters the first syllable of "country" until an older student yells it out.)

Professor suggests our generation did not make up That Word. And frankly, back then that word was That Word, the Word So Bad no one ever spoke it.

So today, as I was tooling home today, listening to the new Vampire Weekend CD, and gustily singing along:

"I THINK UR A CONTRA
AND I THINK THAT YOU'VE LIED"

And I thought, "WAIT a minute! That sounds like . . . Hey!
They aren't singing about Iran-Contra!
He isn't saying that she's a contrarian! He's saying ..."

BECAUSE THAT IS WHAT I WAS THINKING. I feel like some old lady in the fifties thinking Chuck Berry was singing about telephone service in My Ding-a-Ling.

Of course, I could be wrong. And I could be corrupting your enjoyment of this intelligent song about Oliver North and the Iran-Contra Affair. I could be doing to you what Gilligan's Island did to Carmen and that Bob Fosse movie did to eyedrops. You'll never be able to listen from a pure point of view again. 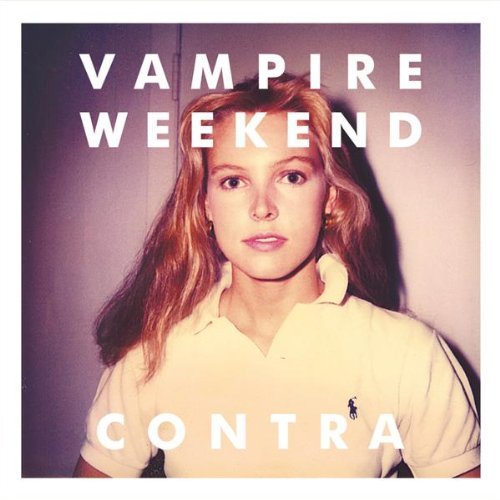 Posted at 05:41 PM in In Which We Mock Ourselves | Permalink

speaking of throwing up yummy stuff (sorry a bit behind here)-how'd the pastry go..

I threw up chocolate cake once. tastey.. except when it came through my nose it burned like a mofo. GAH!

yeah morning sickness, i threw up everything and everywhere . . .

In college I had some friends who had a band that changed its name all the time. During their punkabilly phase they called themselves Country Matters. I loved that.

How do you like the new album? I have it but haven't had a chance to really listen to it yet. I played the first one til all the iridium was worn off the stylus of my faxtrola.

Mrs Hall - The croissants went very well, most of them puffed as they were supposed to. I need to make them larger, however.
sgazzetti - I have the first album, but I never got past Oxford Comma. I think my favorite on the new album is Giving up the Gun. Oh, and when you hear Diplomats Son, the line is "It was '81" not "HE was 81" which skeeved me.

It bothers me that this is apparently the new cool swear in England. I don't know why. It just does.

You'd be shocked by my essay on Sonnet 130 (My mistress' eyes are nothing like the sun). To sum up: FILTHY FILTHY FILTHY.

The Brits also use "cunt" to mean an aggravating guy.
In the olden days there was a group of women in Portland called the Fallen Angels, whose signature song was Country Western Girl.
The chorus went
I'm just a cunt cunt country western girl.

Erin G - It's starting to sound like Three's Company. "Seeeeeee" snicker laugh track.
Becs - It is bothersome. But remember you can always walk into an English school and ask where the "little buggers" are and get a reaction.
Elsa - Yes, when I decided in high school that 130 was my favorite sonnet, my teacher Mr. Schraer warned me "tread on the ground" doesnt always mean tread.
Hattie - I know that "Twat" is an aggravating guy, but only from http://www.myboyfriendisatwat.com/

When a girl in a class I was teaching said "Fuck!" when she dropped her ruler, I was surprised how effective my argument was that if she used that word then, she'd have nothing left to say when someone burned her house down. It was a breakthrough!

So if people are using c--- more readily now, what's going to be the worst word instead?

And, the wife of Jeremy Clarkson (BBC Top Gear presenter and columnist) says his wife makes sure to use that word in conversation when she first meets people, as a test to see whether she's going to bother with them. I think it's a handy indicator for the other people too.

Just kidding, I used to have an electronic correspondence with a British guy who typed it out all the time. He really didn't care what my American reaction would be.

I've never listened to any Vampire Weekend. Should I?

Big Dot - Easy. Cocksucker.
Tami - I know! I typed it out and then backed down immediately, but not Hattie. And it was not worse than the "See-you-next-tuesday" crap. Isnt there a better mmmnemnoic? Or acronym? Of whatever? Like ... See you in Teasdale, Utah?

True story - my dad bought a Tux at the Men's Wearhouse, and of course alterations were necessary, because people CARE HOW MEN'S CLOTHES FIT, but that's a different rant, so the salesman informed my dad that his tux would be ready on the 20th. My dad noted that was a Tuesday.

"See you next Tuesday," he replied, and I barked out an unintentional laugh, surprising everyone. I quickly exited the store without further comment before it hit anyone why I was laughing.

Tami - Ha! Le me think what I'm doing next Tuesday. Ah! Meeting my brother at the airport. Now I know how I can say goodbye in the next phone call! Beautiful.