I Learned Something Today 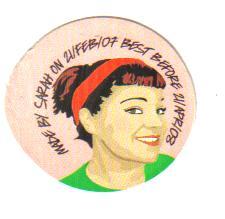 When Sarah, the woman on the sticker from your Lush bottle of Sonic Death Monkey Body Wash says:

I tried the Monkey today because I had fond memories of its Tootsie Roll odor, and I needed a smell self-esteem boost today. A few weeks ago Gary asked if I had ever considered douching.

What I should have said:

a. Have you ever considered sticking your dick in a autoclave?

b. No. Why would I? I smell like cinnamon toast and taste like tres leches ice cream.

c. Sorry. Well, you know I have Advanced Labia Rot down there. It won't smell pretty.

Really? You think I need to do that?

What I did about it:

I've tried to take a little more care of the area, not just a surface shampoo and a hand swipe, you know, but a scrub past the gates. Not with soap, because I've done THAT once - but with a washcloth full of suds.

Another reason I'm atending to my toilette is I've been riding Western saddle on cold unwashed cans of Diet Rite White Grape Soda this past week. It's official: the labia swell with my cycle, then the week after my period yet again doesn't arrive, there is the external blood. Hence, my intimate relationship with cold soda cans. If in the future your labia swell painfully, go right to the refrigerator and grab a soda. This has been a Pubic Service Announcement.

ANYway. When Sonic Death Monkey goes bad, it goes madmonkeybad. It goes so bad it smell worse than my purulent decayed shedding privates.

* A parasitic labia baby. I'm sure it's in Urban Dictionary. Not to be confused with Barbia, or Barbie's labia. 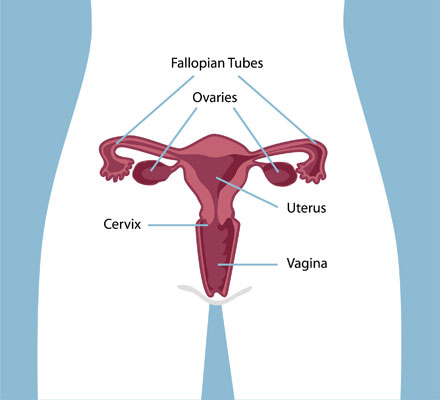 See those hips? That's Barbie. Before her vaginal reconstructive surgery.

You know, that whole vagina/cervix/menstruation/short urethra thing just screams bad design, don't you think? I'd like to hear W's views on that.

What exactly did you expect an expired monkey to smell like?

You are so hilarious. I don't know if I could be as cest la vie if my cooter was shedding and welling. Ugh.

and my eyes/brain translated cyclical to cylindrical and my thoughts on your usage of the soda can were completely and wrong.

Big Dot - Well, he would say this is my punishment for the apple.
Caroline - like tootsie rolls, as it did before.
Surprising Woman - Wow! Gary let me know that as he has surfed the net there are many clips of women putting cans up there. In the manner you suggest.

I'm so glad you said Western saddle, and not side saddle. So. Glad.

Tami - Well, yeah, my thighs are swollen. More than usual.
Gaoo - Well, it's a man-sized vagina. I'm trying not to be size-ist.

Douching is bad for you. It throws off the magical balance in there and makes it a more hospitable place for microscopic creepy-crawlies to infect. Tell him you'll douche, but only if he gives himself a genital infection, too. Only YOU get to pick which one.

Lila - I have heard that too. Gary now completely denies the douching comment. I already documented it on the BNL board, though.

It's really hard having a menstrual period. Aside from the muscle cramps and the feeling of being uncomfortable, you need to undergo extra steps when it comes to feminine hygiene. And we must be careful with the products that we would be using in washing our private parts. Good thing though, that nothing worst happened to you after you have used an expired feminine wash, aside from feeling uncomfortable and stinky.

Jennifer West - I can't help but notice your name links to something ending in "labiaplasty." So... expired feminine wash might make me feel uncomfortable and stinky - but a labiaplasty wouldn't?

Well a feminine wash and labiaplasty are 2 different areas, but I think you know that. Although they may deal with the same area of a woman's body, each serves its own purpose. Now for your question. "So... expired feminine wash might make me feel uncomfortable and stinky - but a labiaplasty wouldn't?" Ever heard of an expired labiaplasty?

I hope I haven't offended you in any way with the link. We all have our own belief. I am genuinely happy that you are ok. and again, I hope you didn't take any offense from my previous comment. Thank you for your time in entertaining my banter. Good day.

Good lord, that sounds like it was a real person. Although, not at all like a real woman. "Aside from the muscle cramps and the feeling of being uncomfortable, you need to undergo extra steps when it comes to feminine hygiene."?

Jennifer West - Me, offended? No.
Tami - I'm only going to wash my innards if I have uterine prolapse.