Putty (NOT safe for work)

Sigh. So let's say you pick at your nails and you have taken up Silly Putty as an alternative.

And then let's say you bring in some red and yellow neon Silly Putty and foolishly store it in the same tin as your old school light green Think Geek putty.

So lets say then you idly pick up your putty and roll it and stretch it and then you notice, you NOTICE you have green putty with stripes of neon red and yellow.

The deed is done, so you keep puttying while you program. After half an hour of pounding the putty, you look at the mass in your hand and see:

(I know you feed readers can see after the jump, I'm scrolling down so you don't get busted at work) 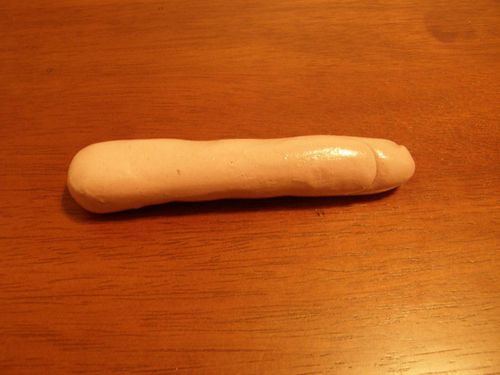 I went to find Friend 3, because maybe it was just me.

She sighed patiently, "What's in your cu - oh my!"

So I was right. I kept manipulating it all day and there was no change. (In the color. )

I knew if my team saw my putty they'd say, "Huh. Funny. Are you done with that prototype yet?" However, Marcia's team is juvenile. I knew, given the Flarp experience, Marcia's co-workers would not be cool with this. I imagine they would steal the putty and do this: 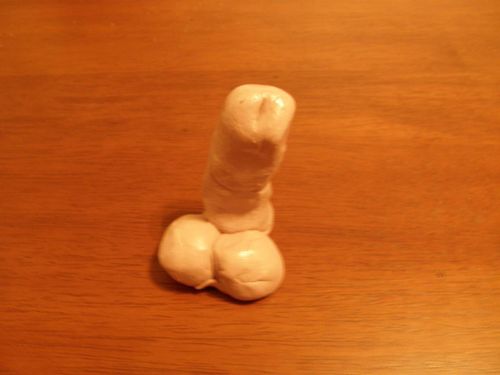 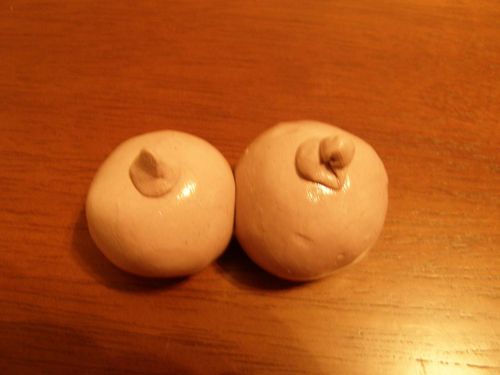 I  went, putty in hand, to find my boss and see what she thought I should do. She was sitting at her desk.

She glanced up as far as the putty and immediately said "No." Except, it was more along the lines of a slow no, and she pronounced it so pointedly it turned into:

"Okay" I sighed, and put my putty in my purse.

I tried to think of other putty colors I could add, but all the combos would make brown.

And that would be bad. Posted at 12:33 AM in In Which We Mock Our Employers | Permalink

See, if you would have stayed with the Flarp, you wouldn't have had to go to Linda. Fart noises, okay. Flesh colored, phallic putty, not okay.

Uh uh. Turns out brown is very very good. (Come on, you know I couldn't let that pass!)

OMG, the pictures didn't get me busted but Silk's comments caused me to laugh so loud! I was glad I'd scrolled down at that point.

I'm just glad it didn't occur to you to trim it with tiny bits of black string...

I'm just glad you didn't have the blonde wig at work.

The comments are even better than the images. Excellent job, commenters.

Will the putty still be at your cube when I'm at your building in the morning?

3 - Maybe I could mix flarp AND putty! It breaks wind when you put it in.
~~Silk - Oh, I went for the bathroom humor - I didn't even see the sex joke coming. Well done!
Amy in StL - And you went, even though I warned you? Daring.
Sherri - Frankly, if he saw them he'd be disgusted. He's disgusted when I lick my fingers. He has hand issues.
Big Dot - That reminds me - have to hide the wig before tea. Dont want work people to find it.
Caroline - Nope - putty went home in disgrace. It will at the tea if you think of it.

Damn, I need my own cube so I can "play with my toys" at my desk AT WORK. Sheesh.