« Wild Animals: Everything Old Is New Again | Main | In Praise of the Single Button Magic Jacket »

So about those helicopter and freefall adventures I planned ...

The Freefall website failed to mention it was literally attached ... 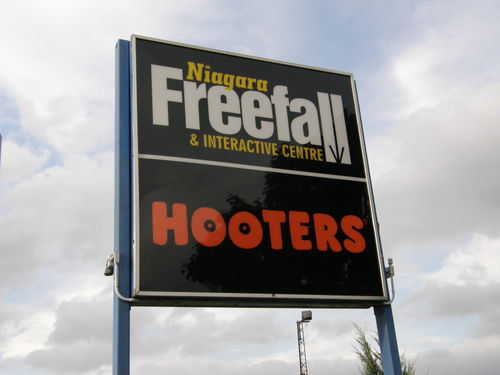 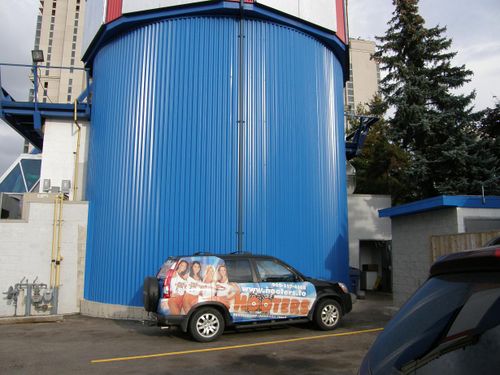 And was made of tin. 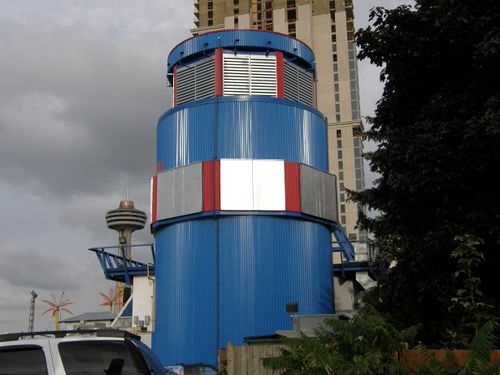 "No," I said, "No, I don't think so." Because indoor freefalling attractions are only as good as their air pressure. I just didn't think the Hooters could sufficiently blow me.

After I saw the shoddy freefall attraction, I turned a skeptical eye to the Canadian helicopters. None of them lived up to the Black Hawk I had imagined. I crossed the '80s helicopters off my list.

Gary was taking photos, and of course took a photo of the border crossing. Know what? This is discouraged by the border guard, who immediately began yelling at us. 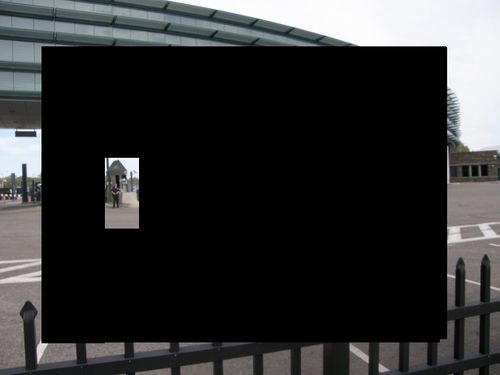 Then, the next day, I was able to authoritatively say, "No, Gary, you don't need you passport to get to Canada." This is true. You need it to get back in to America. So that border crossing was as exciting as a Hooters Freefall. Gary got all panicky at the "Where are you from sir" question. Is he from Saint Louis? Or East Saint Louis? Would they shoot him if he got it wrong?

After a few questions, and some typing, they let us back in, especially after we planned out loud how I would go back to the hotel and get his passport. The guard let us back in to America after a stern warning. Quite exciting.

Posted at 11:32 PM in In Which We Mock Ourselves | Permalink

The only thing Canada really cares about is if you carry a laptop in. My husband and I never travel without our laptops (center of our lives, ya know) and the first time we crossed the boarder and was asked about computers, we said "yes, we both have laptops" and THEN the excitement started.

The next time we went, we said "yes" and "no" and didn't smile too much.

Wow, and I thought it was just foreigners they made feel unwelcome and nervous. I'm always so anxious filling in that green form on the plane - I've been calmer about final exams.

Yeah, I thought it was illegal to take pictures of anything security related nowadays.

Sherri - Why are Canadians afraid of laptops? Is it because of their tree exports?
Big Dot - When we came back from England I declared the magazines I had bought to read on the plane.
.75 - Well, yeah, but we forgot.

Hm, wasn't it a US/Canadian border guard who let that honeymoon guy with Hepatitis or whatever into the country with "a stern warning"? After that little incident I'm surprised they didn't send you straight to Gitmo.

TasterSpoon - I think we escaped because of the terror in our eyes.