BNL: Everything Old Is New Again 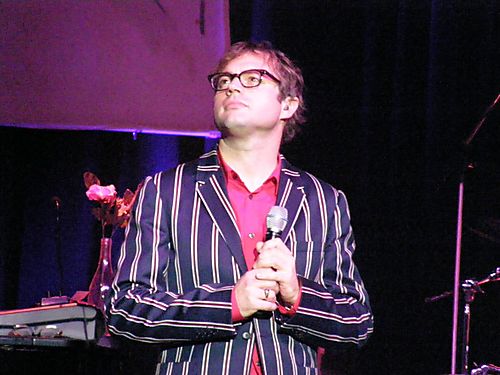 I'd say Ed has improved the most. 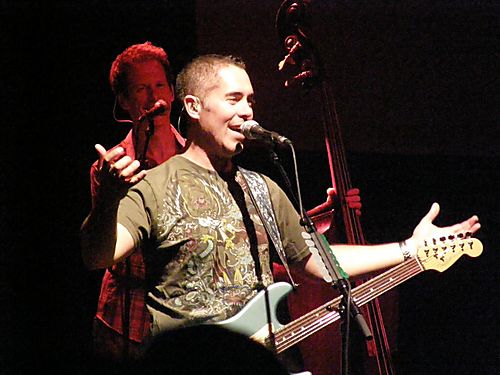 On the other hand, some people don't change over time.  This is Jim at last weekend's concert. 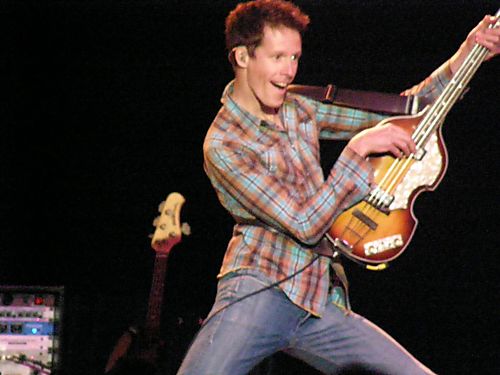 This is Jim at the Chicago concert last year: 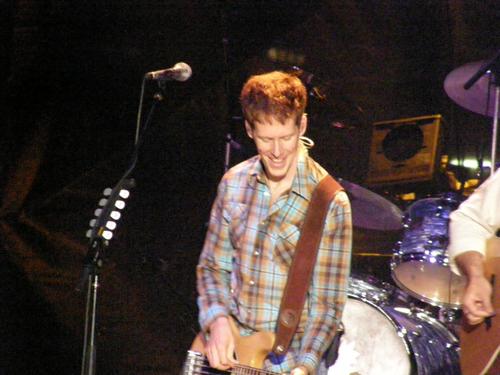 Tyler has obviously stayed clean and not sold his sold to the devil ... 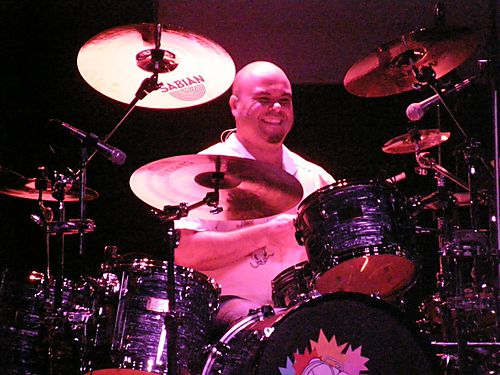 ...because if he had, this album cover would have a bald guy on the bottom right and Tyler wouldn't have aged at all. That guy in the bottom left is Andy, replaced later by Kevin the Pure, Kevin Galahad: 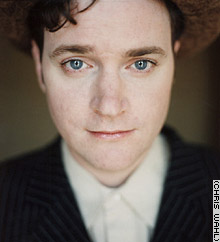 ...for a while, Kevin the Cancerous, and now Kevin the Scruffy... 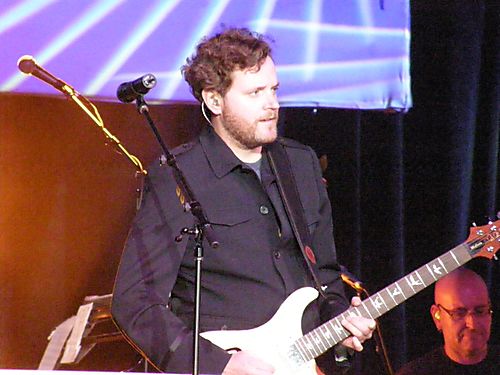 And Tiny the drum tech is peeking out of the corner. (Gary took a number of Tiny photos. I think he was trying to document what a drum tech does.)

Other photos from this past weekend: Jim and Ed violating each other's personal space, Steven forgetting the words, and Tyler in a very interesting subliminal shot.

I suppose we can hope that since the band is twenty now, it's gone through its terrible twos, its enthusiastic tweens, the sulky dark years, and now its college-age experimentation. Of course, there are those people (and possibly bands) who stop growing when they start experimenting, and they die at forty with all the problems of a twenty-year old.

That would be sad. But I'd be 66 then and probably hard of hearing anyway.

The only BNL I've ever heard is the theme tune on Big Bang Theory. Is that typical of their music?

Big Dot - It is inidicative only of their popular songs - it's a little like their #1 song, "One Week," and "Another postcard" is a little like that. Of course, the rest of the songs they are do are so much better. Have you ever heard "Pinch Me" - I bet you have. Many of their songs are darker like this one, Everything Had Changed:
http://preview.tinyurl.com/4dz796
Musically and lyrically great, not just lyrically busy. That chorus means something different every time.
3 - Go click on the url above and then ask G_d for forgiveness first.

3 - No it's YouTube via tinyUrl. But that would have been good too. If I wanted to get you I could have turned the fellow BNL fans on you.