Sort of Like the Dog Story, Only It's Pink Lipstick

So, as I said, an interesting thing happened at the finale show. 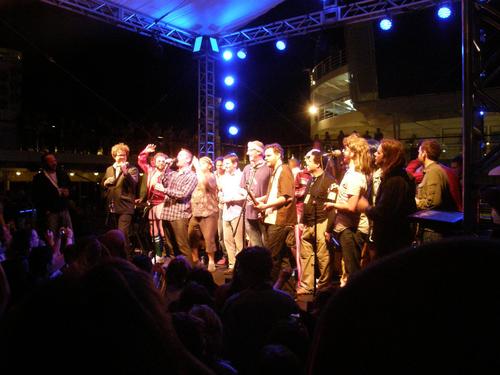 The finale show is when all the bands get together and sustain an hours-long free association jam during which they string together all the old-school songs from decades past. They segue  from "Convoy" (Tyler knows all the words) to "Girls Just Wanna Have Fun" without taking a breath. Only, no one but Steven knew the words to "Suzanne."

I think this is Boothby Graffoe, fearlessly crowd surfing: 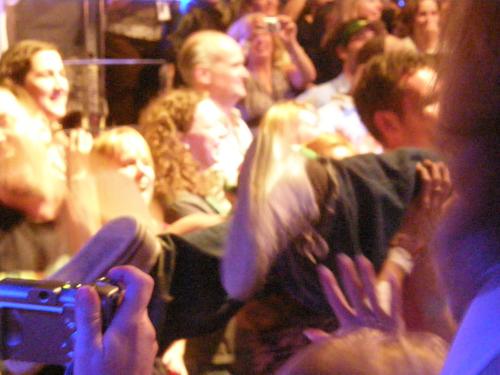 There was an assortment of casual / concert / costume attire. 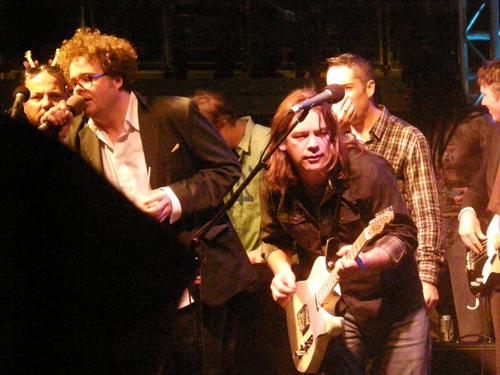 (That's Alan from GBS, just for you Becs.)

At any rate, Steven, after a week of wearing suits (Photo by WeedMage) ... 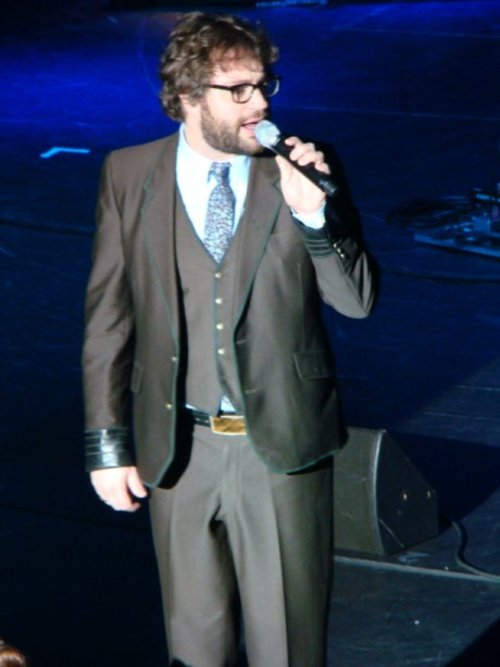 ...went in costume as his alter-ego, Bartles. I think Bartle's main function is to show off Steven's fine legs. 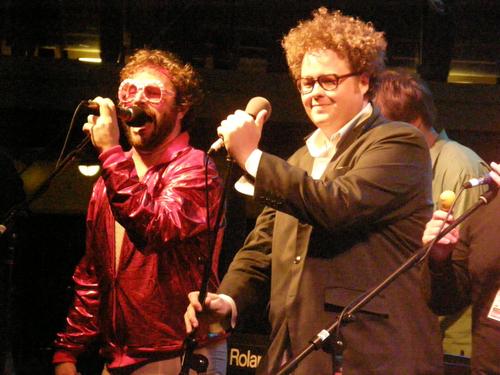 So I was admiring Steven's phenomenal memory for lyrics and his very small pink shorts. Small, satiny, slinky pink shorts. 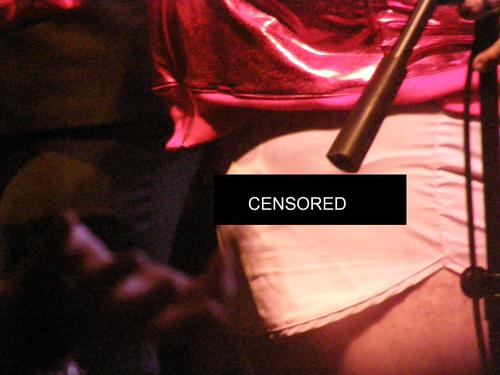 Yeah, it's censored. You don't get to see it. What came out on the camera didn't have quite the detail that was burned into my mind. It needs a little contrast and emphasis on the mid-tones in Photoshop. But you still don't get to see it. Because I don't want to be tossed off of Typepad.

So, I think I can start calling Steven "Steve." Now that his erect penis has curved in my general direction and all.

Anyway, soon after he started dancing facing away from the crowd, then he stripped off his jacket and showed off some underwear that didn't have the shine I needed for contrast. 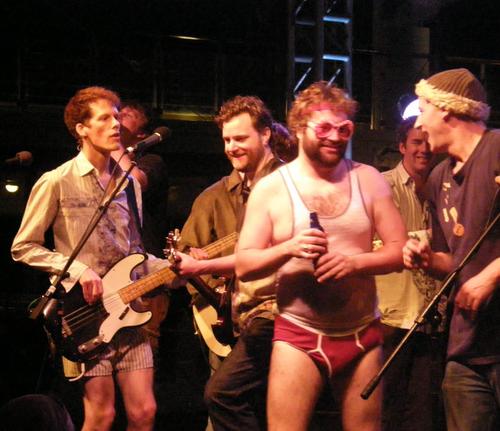 All the noise and joy was supposed to have  lasted until sunup, but at 4:30 am we landed in Miami and Miami had the nerve to shut us down. 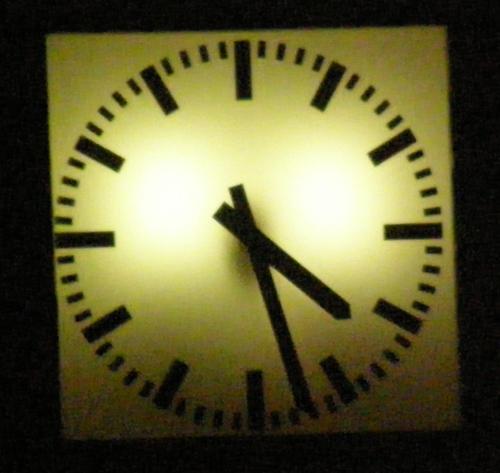 Who wouldn't want a noisy cruise ship playing under their window at 4:30 am?

Ahhh! I left after American pie..I didn't see the undies come out. I actually was worried for Steve. He was kinda.... wacked out? I was too far to see his periscope go up.. Thank God, I think? Great pics! Funny blog!

Kelly - You know, I just watched the YouTube video and he did seem pretty drunk on that one. As I recall, at the time, he was quite alert. And, well, we have photographic evidence that he could not have been that drunk.

I was on the 2nd level on the Lido deck to the left of the stage, and even I could see the schlong. Breathtaking.

Thank you, thank you, for the pic of my beautiful Alan. I can even forgive him for singing songs with lyrics like "I'm not ready to say I love you yet." (shmuck. Oh. Did I say that out loud?)

Yikes. But it sure looks like you had a good time! Just what, like 364 more days until the next one.

When do we get to see the nekkid picture or is there a complete penile embargo?

Kate - How do you think they'll deal with it on the DVD?
Becs - Yeah, BNL doesn't have lyrics like that.
Katie and Becs - Well, I'd have to unpack it, then I'd have to scan it. I've looked, and I still can't find me. There were 1,000 people this year instead of 500, so we are all twice as small.