As you know, my new company, TeddyJ, has been cuckolding my old company, Elliot, at the rate of one employee a week. During this "difficult transition period," we disloyal employees were forced to speak in code so our infidelities weren't discovered. One of the codes we adopted was the Puppy Code.

Getting a new job = Getting a puppy. As in: "Puppies sure are expensive when you first get them, with all the new shiny play toys they need."

Puppy mill = the new employer, TeddyJ. As in: "I had to drop by the puppy mill and visit with the breeders" (fellow former employees who tempted us with the new puppies).

That's why I was glad to see this recent email from Marcia, Friend #3.

Subject: Just thought you should know. 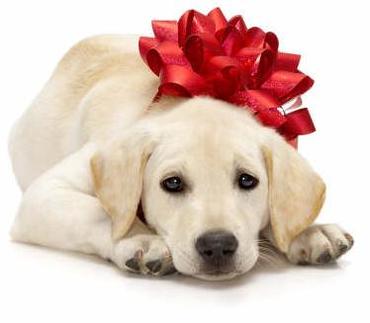 Happily, Marcia's puppy is from the same litter (department - see, this is fun!) as mine. We were all very concerned because her puppy took the longest to wean. (Her approval process took twice as long as everyone else's.) Nonetheless, her patience was rewarded when she wound up with the pick of the litter, the International Travel puppy.

This whole new-employment campaign was cooked up by Marcia, so while she was waiting it was ironic that, like Moses, she led the Exodus but was not allowed to view the Promised Land.  We could have had as much fun with that as we did with the Puppy Code, but none of us knew Jewish history, particularly Marcia. Well, she did compare Libby to Joshua, as she led the way into Israel. There is a friend (#0.5 - she's really short) who went to a company other than TeddyJ, I suppose she could be one of the Lost Tribes.

Any chance you might start finding puppy poop in the living room?

~~Silk - I don't know. So far, the new puppy has been very, very good. Better even than the old one.

I just hope Pharoah doesn't give me a hard time until I get to Canaan.

After reading this, I can't get this song out of my head:

"How much is that dooooggy in the windooow... ARF ARF!"

Way back when you had man-bitch, did he go to the promised land? Is he there now? That would be excellent...

Man bitch is not in the promised land. He's in his own private Idaho, I think.

International Travel Puppy? I want one.

Damn, I didn't realize one of the puppies was international. Of course, I'm in Friend #2's litter, and that's plenty exciting for me.

But supposedly we're all going to be in the same kennel, so yaaaaaaaaaaaayyyy us!

All this post does is make me want a puppy. Literally.

Friend #3 - Oops - I forgot - it was ITP at the other litter. Nevermind. We already have two ITP here.
TasterSpoon - All this talk has made me want to travel too.
Friend #8 - About two grand a year, in my case.
Christy - Oh, damn! I even have a Mormon friend who was left behind. And friend 0.5 isnt even Native American.
Autumn - Ah, no, man-bitch escaped early, as they said.
Hot Mom - One of the breeders was going to London, but it was taken away at the last minute. Sad.
Caroline - Oh, fine. My litter is more challenging.
Friend #3 - Snort. Kennel. Well, maybe. I thought I heard we'd all be there, but evidently every litter is saying that.
ariel - Ha! Or "Litterally."

I'm gay, female, and Jewish but noooooooo you gotta make fun of my height!!!!!

Yeah, they pulled the bait and switch with me at my new job so I am definitely lost. :(

Do you really think heels would help? I do wear thick-soled doc martins-type shoes!